Right, its been a long time since the last update so this is going to be a long one.

Essentially, the bike is now fully functional. Things that have been completed since the last update:

Things to do:
Front fork seals leaking!
exhaust leaking where it bolts to the manifold
That’s about it

Ever since I had the rolling frame, the brakes had been bad! After some quick searching it seemed as though superdream brakes are just bad, and there wasn’t anything I could do about it. Resigned to the fact, I sourced some YZF R125 brake callipers and master cylinder from eBay for £30! After a tiny bit of grinding for the wider disk and creating an offset mount, it fits and is infinitely better than the old disk, even with only half the pad contact area. (crappy) Pictures below:

After fitting the LED brake and indicators etc, one thing I noticed is that the charging system on the Yanmar clone is crap, it outputs about 3amps, at 3000rpm, of which, 1.3 amps is used to power the fuel solenoid! Which only leaves a tiny amount of power for headlights, indicators, horns, gauges etc.

I found out that yanmar makes a 15 amp stator, so I happily bought and fitted it. 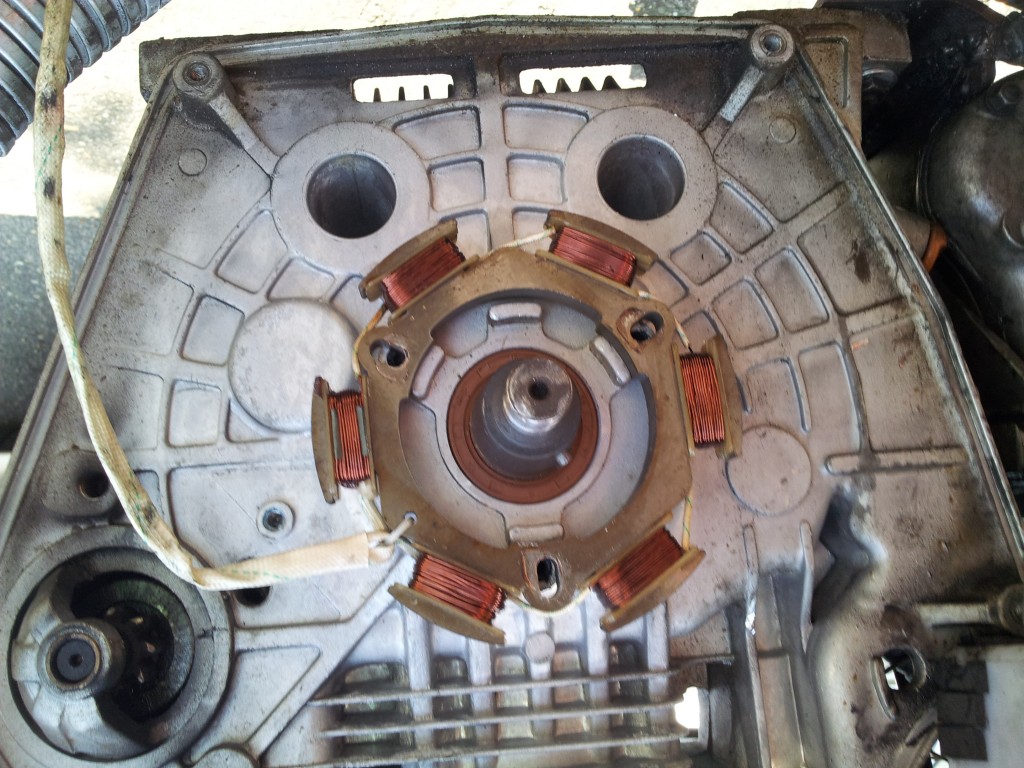 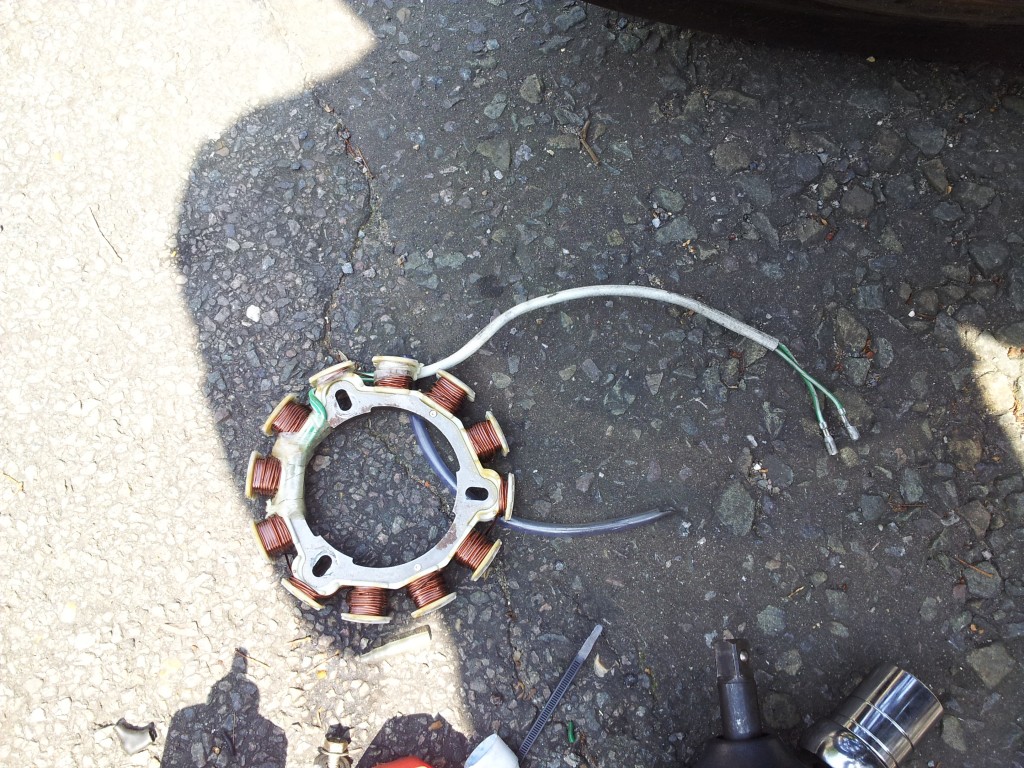 Unfortunately, after installing the new stator, I realised it doesn’t output nearly enough voltage! The needle on the voltmeter doesn’t even move, not even at redline. Turns out, there are only 1.5 windings on each post, and I need at least 3, so after a fair bit of time I was left with this: 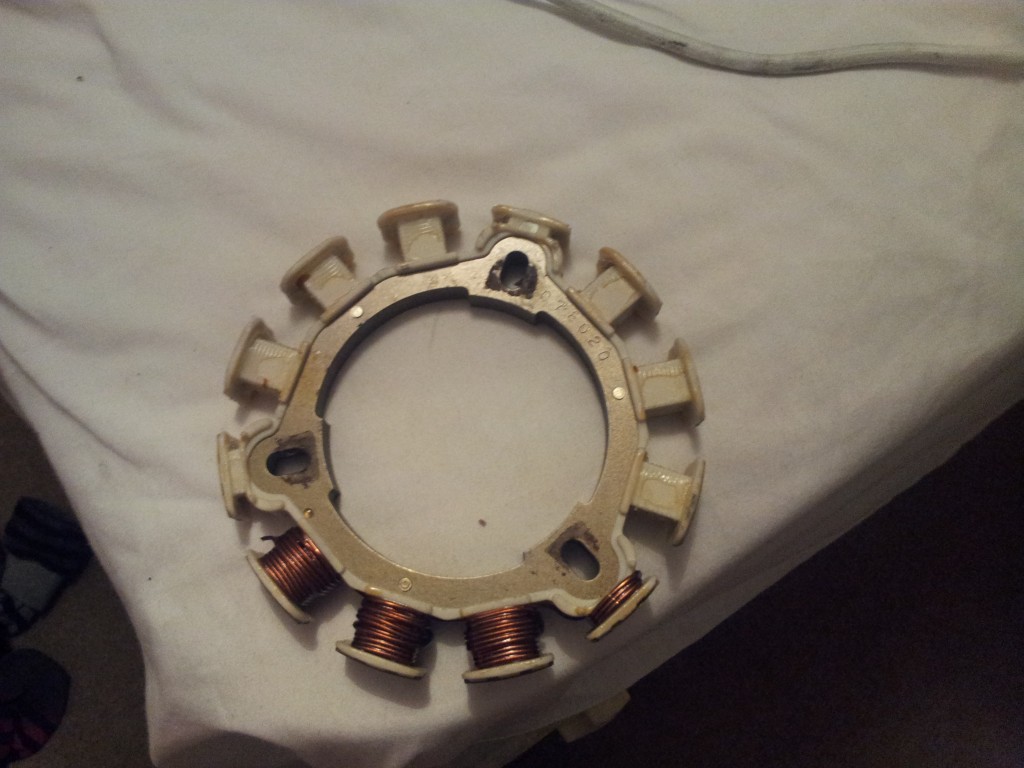 I am currently waiting for some new enamel wire. Once it arrives I will re-wind with at least 3 windings and swap it over! Annoyingly, I have stripped 2 threads on the original stator mounting holes, so I have some helicoil inserts on their way for when I need to change it! Such a pain.

So far, although the engine is running in, I have done about 150 miles on 6 litres of diesel, so about 110 mpg, I am hoping this goes up as the engine gets looser and runs in a bit.

I have also re-enforced the top mounting of the fuel tanks using rubber strapping, it is now much more secure, unfortunately I don’t have any pictures of this, but see below for some pictures of my recent outing to my dads house.

I will have some new more detailed pictures soon.

and a short video: