Its now time to have a look at the carb.

Whilst the bike ran, and idled ok, It took a lot of cranking and it wouldn’t really run right until the engine had warmed up.

Time to pull the carb off and have a look at it. As the bike had been sitting for so long, its likely there is varnish and fuel deposits that have built up in the carb.

This is what we have to work with: 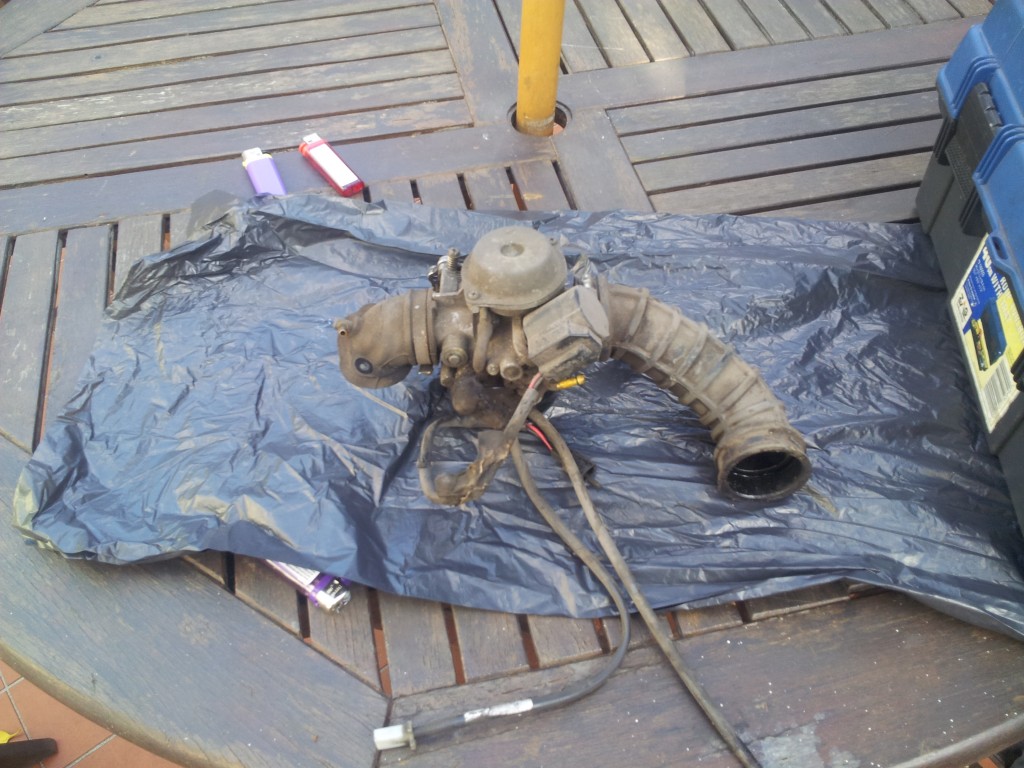 My previous experience of carbs has not included so many electrical connections. This has 2, one for the cold start (automated choke) and 1 for the carb heater (to prevent carb icing in very cold conditions). Also, as the bike had been sitting for ages, the whole thing was caked in a black mushy mess. I dowsed the whole thing in carb cleaner and let it sit for a while.

The first thing I  noticed was the cracked intake elbow: 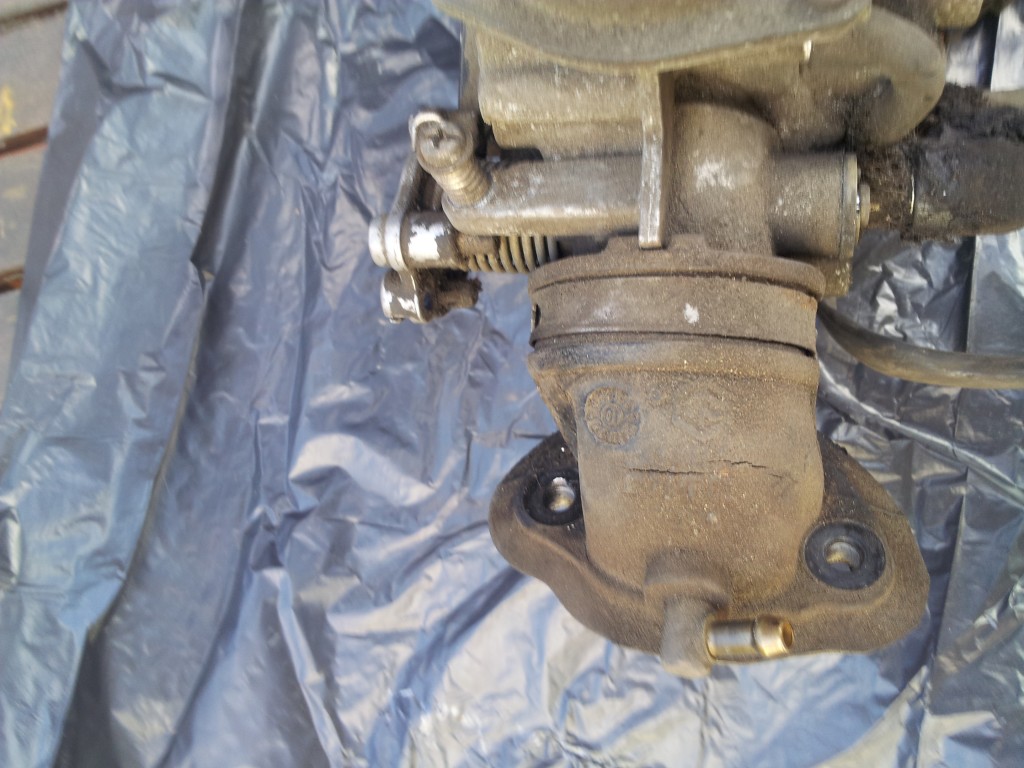 As you can see, this one has had better days. This will be replaced later on.

After removing it, you can see this would be an initial cause of hard cold starting, to lean a mixture with this big gaping hole in it!: 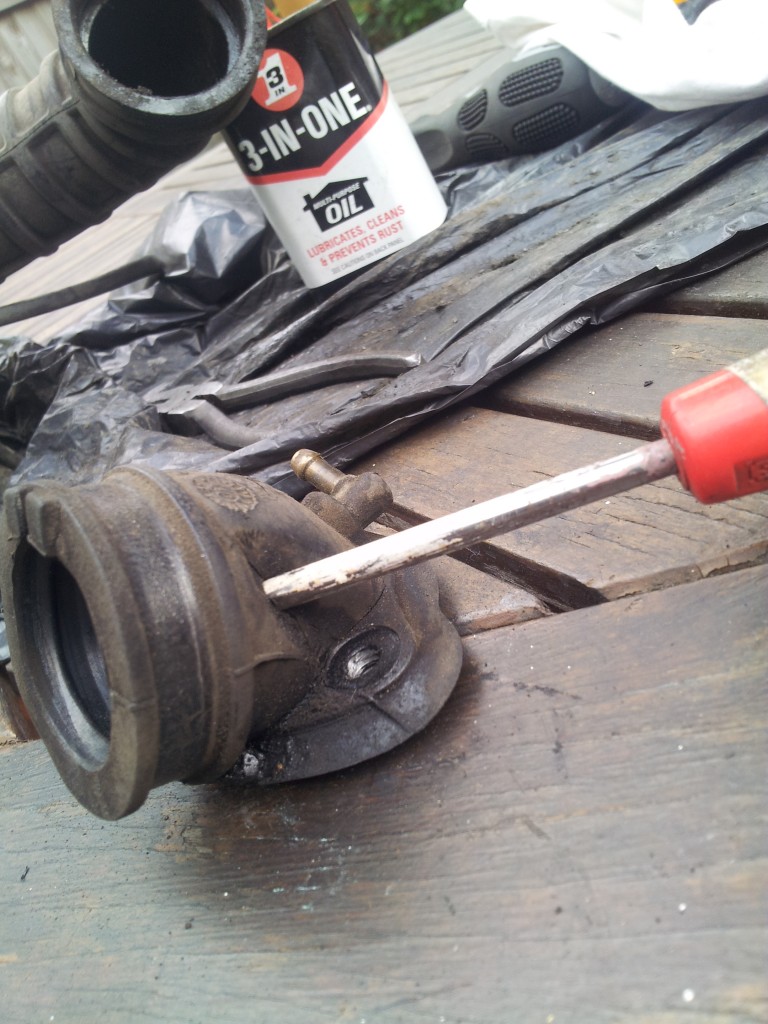 After giving the whole thing a good scrub, it was clear that this would need a more aggressive cleaning method. So off I popped to eBay and bought a 2.5l ultrasonic cleaning machine. These things are magic, and are perfect for getting grime and dirt of complex items with tough to get at nooks at crannies like carbs! This will be covered in part 2.

Here it is with the new intake rubbers fitted: 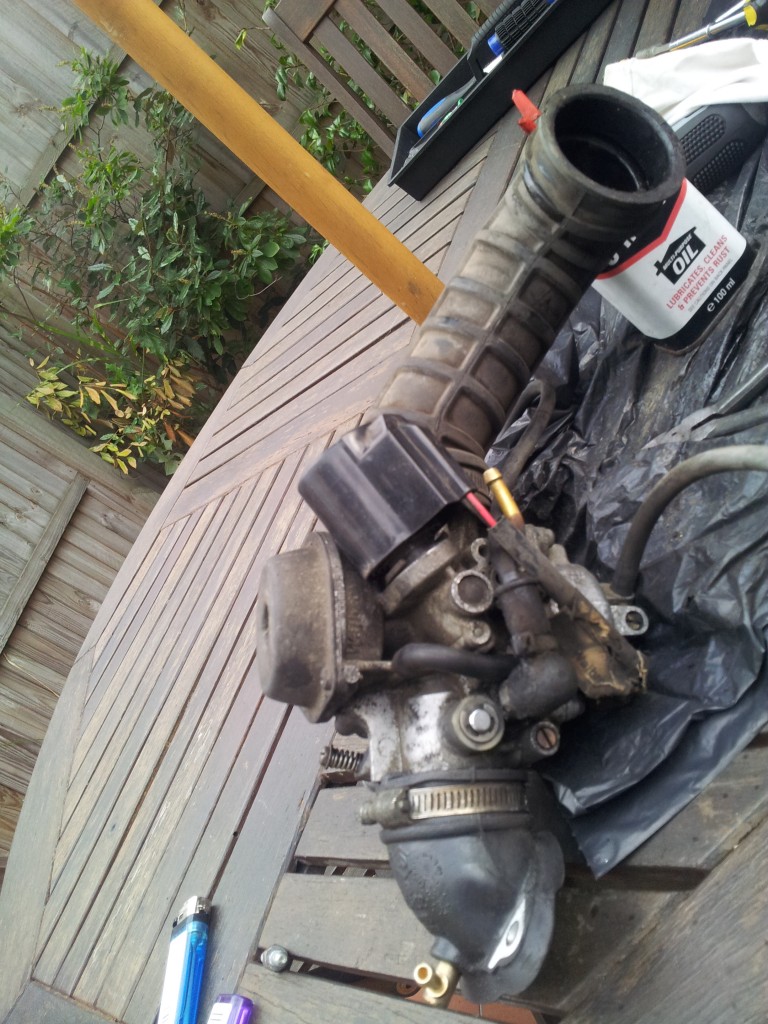 Moving on to the next item of attention, the accelerator pump. On mine it was jammed in the down position. Its function is to pump an extra amount of fuel via the piston at the back into the intake when opening the throttle quickly. This is to resolve an issue with vacuum metered carbs having a slightly delay and causing a lean condition on quick throttle openings. 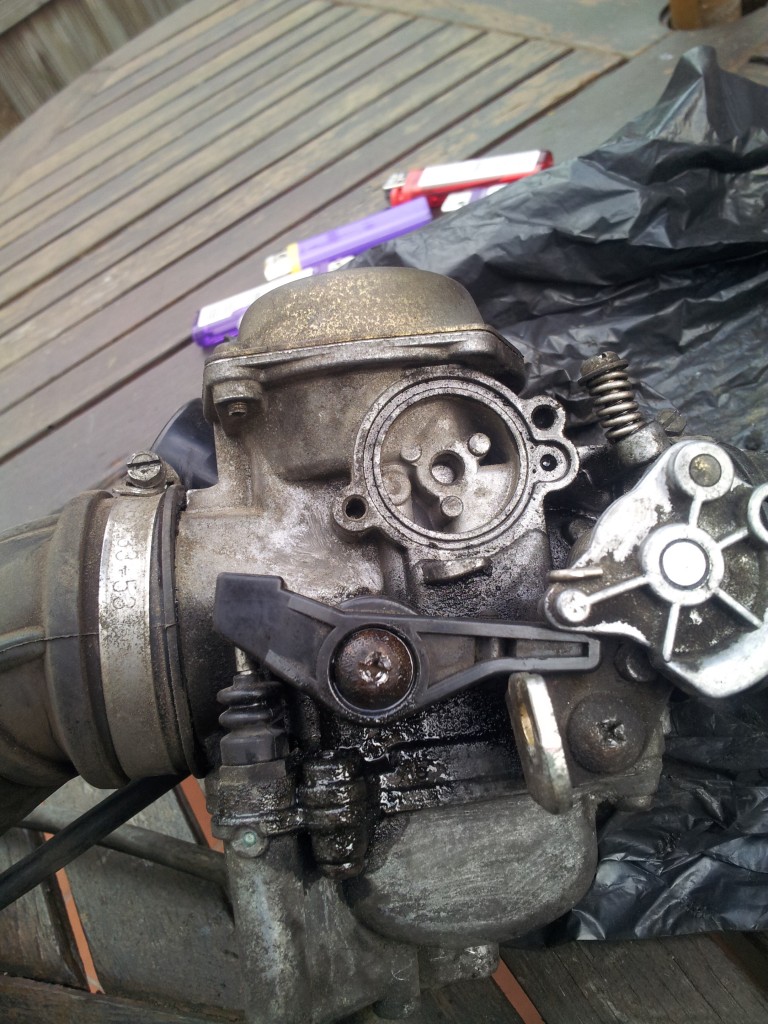 after trying to free it up with copious amounts of carb cleaner and penetrating oil, it was still stuck fast. To add insult to injury, the bloody screw had corroded on and promptly rounded off when I tried to undo it.

I ended up drilling 3-5 mm into the head of the screw and hammering in a torque bit to remove it. et voila!: 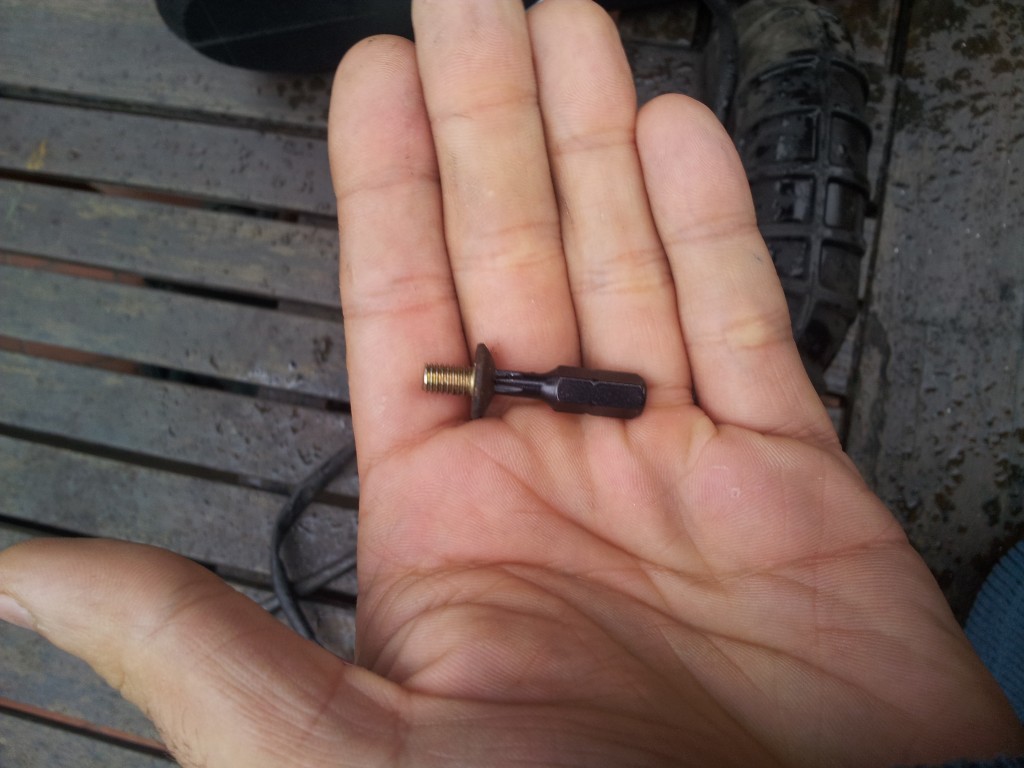 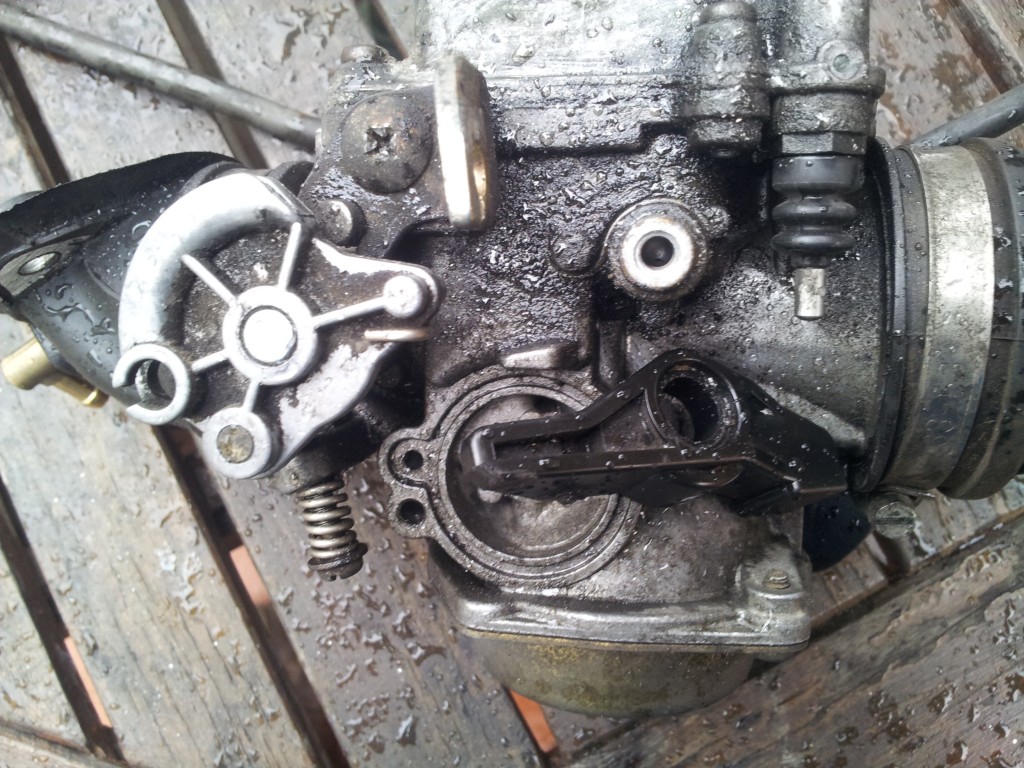 After quick inspection, it seems as though the lever was stuck due to corrosion on the post that it sits on, This picture tries to illustrate it: 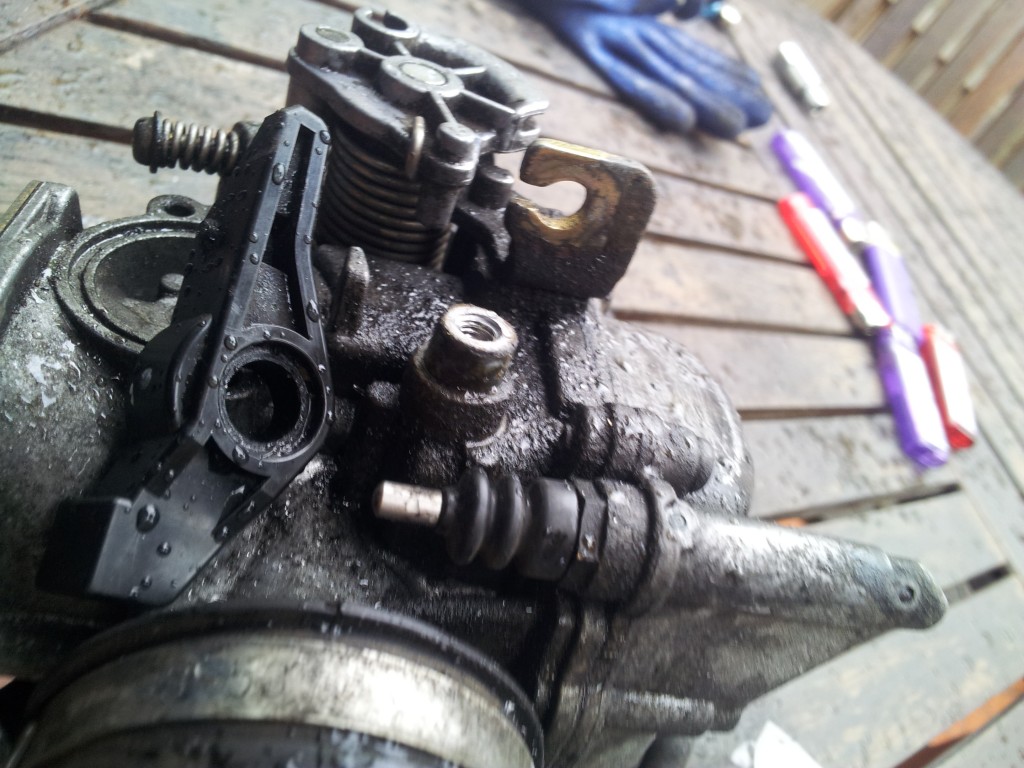 I will have a go at it with the sanding wheel and the dremel to try and clean up the post. More on this and (the hopefully awesome) ultrasonic cleaning in part 2!