I am a big fan of lighting up my bike as much as possible to help me be seen, along with wearing an illuminated hi-vis, it makes sense to make my brake lights as visible as possible. I set off to make an LED Cluster for the brake lights, and to outfit an LED strip to my top box. 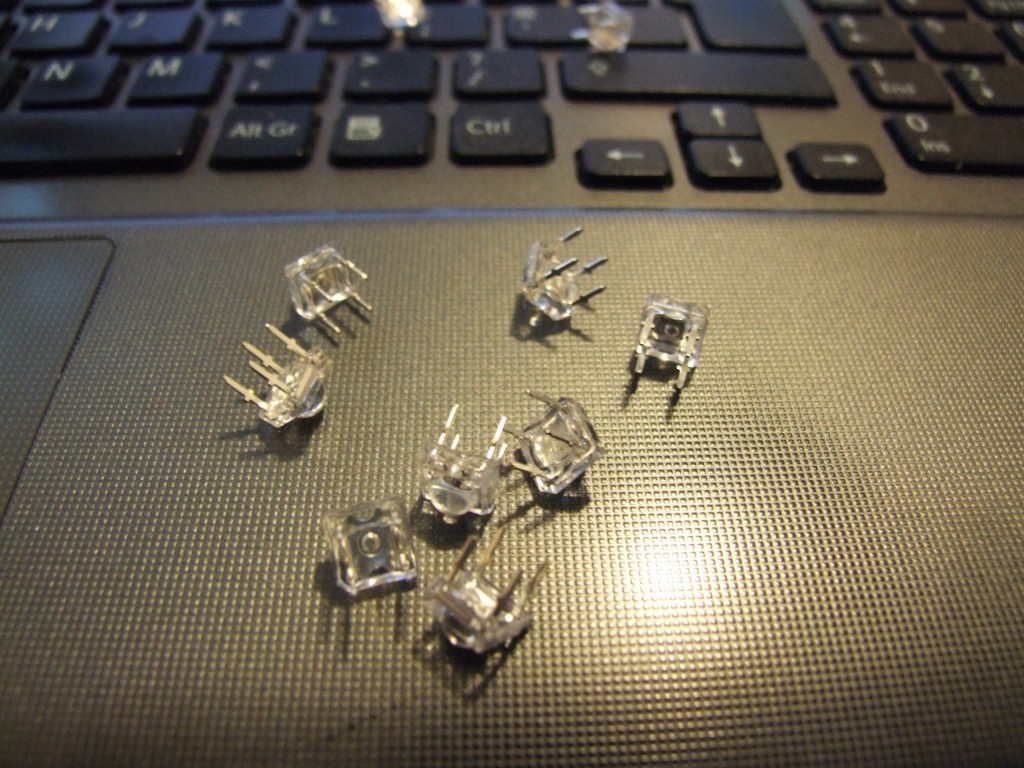 I started off with these, 5mm, 120 degree viewing angle RED LED’s, they are 45,000 mcd and were shipped from HK on ebay. Its important get a wide viewing angle on these so that the light is evenly spread. 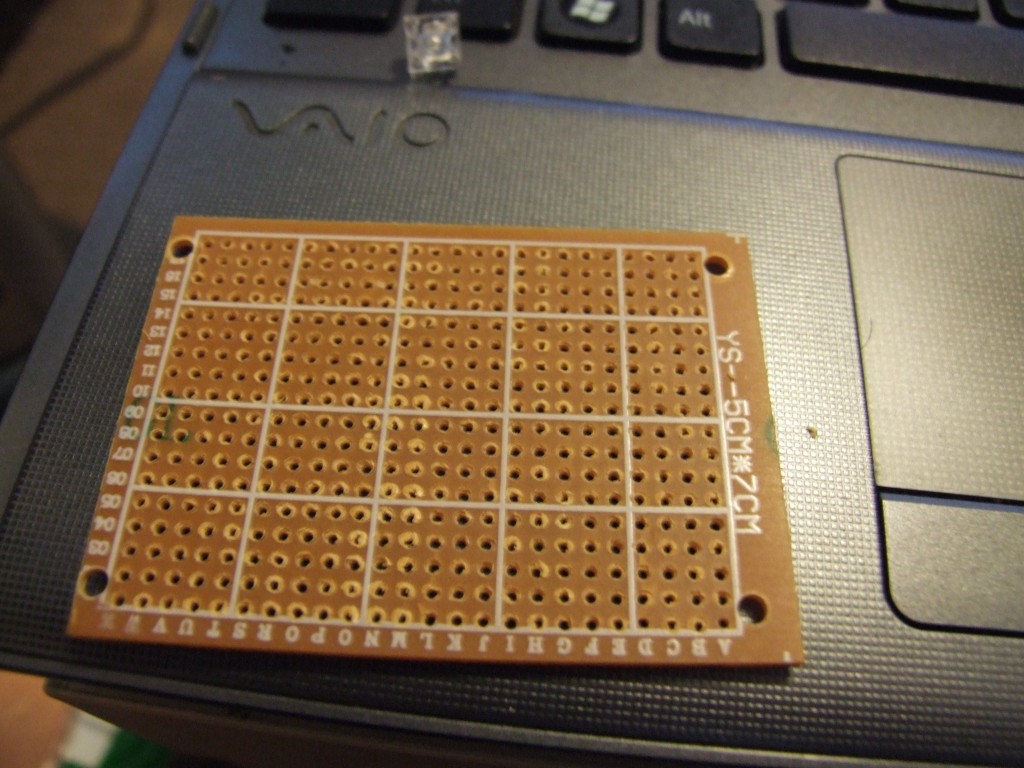 And some small perf board. (I made 2 sets, one for either side of the light)

I am going to be soldering the array as per this circuit diagram:

R1 to R12 are 1 ohm resistors. I know that is for approximately 12v, and the bike runs up to 14volts when the engine is running, but measuring the voltage at the rear light cluster showed that I was loosing around a volt or so in the wiring loom so it should be fine.

To get the dimmed brake lights for when the tail light is on, I wired an additional 1 watt, 18ohm resistor into the positive circuit as per the diagram, this limits the current and lights the LED’s at a lower intensity.

Starting off I soldered them in a row by row : 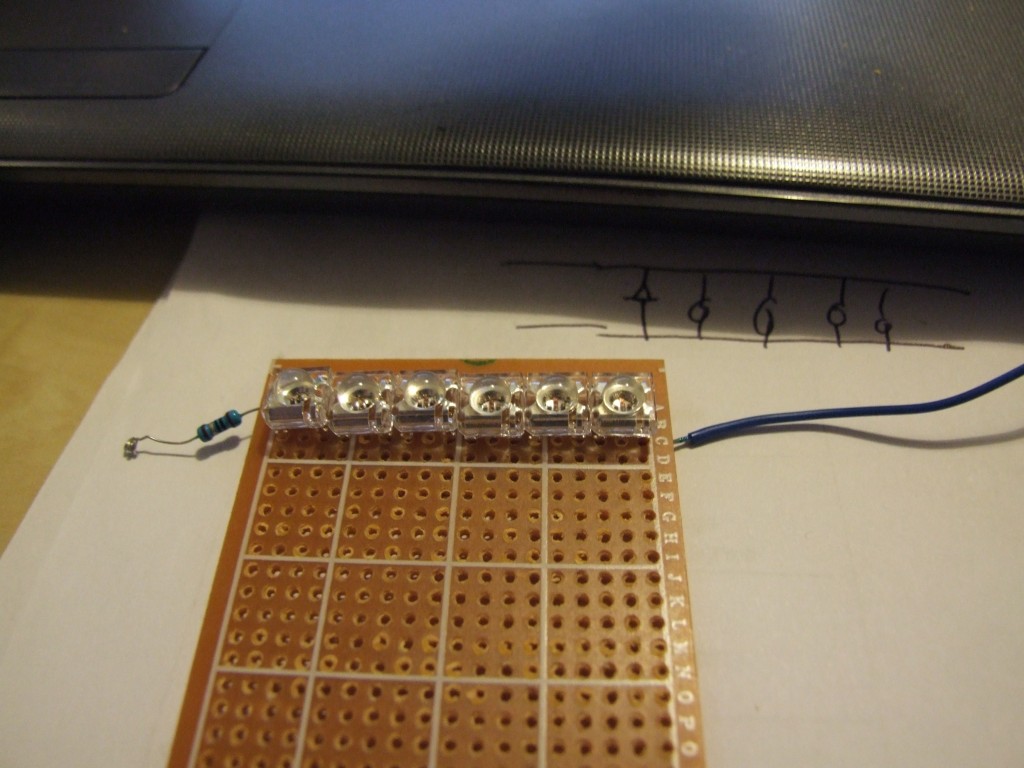 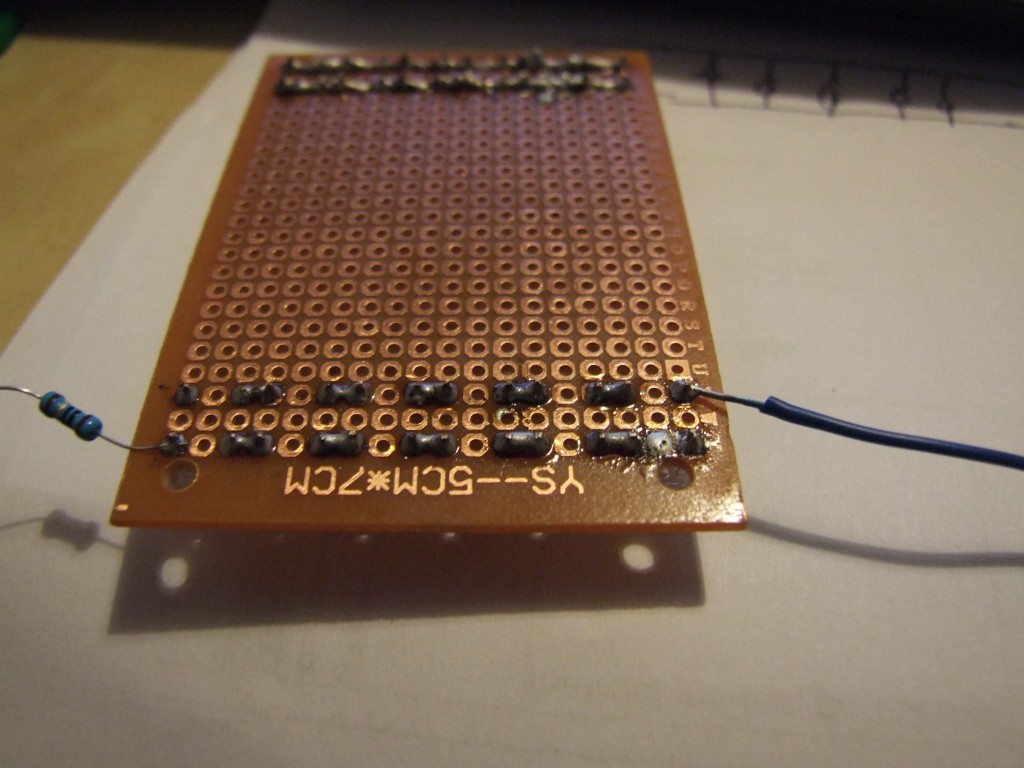 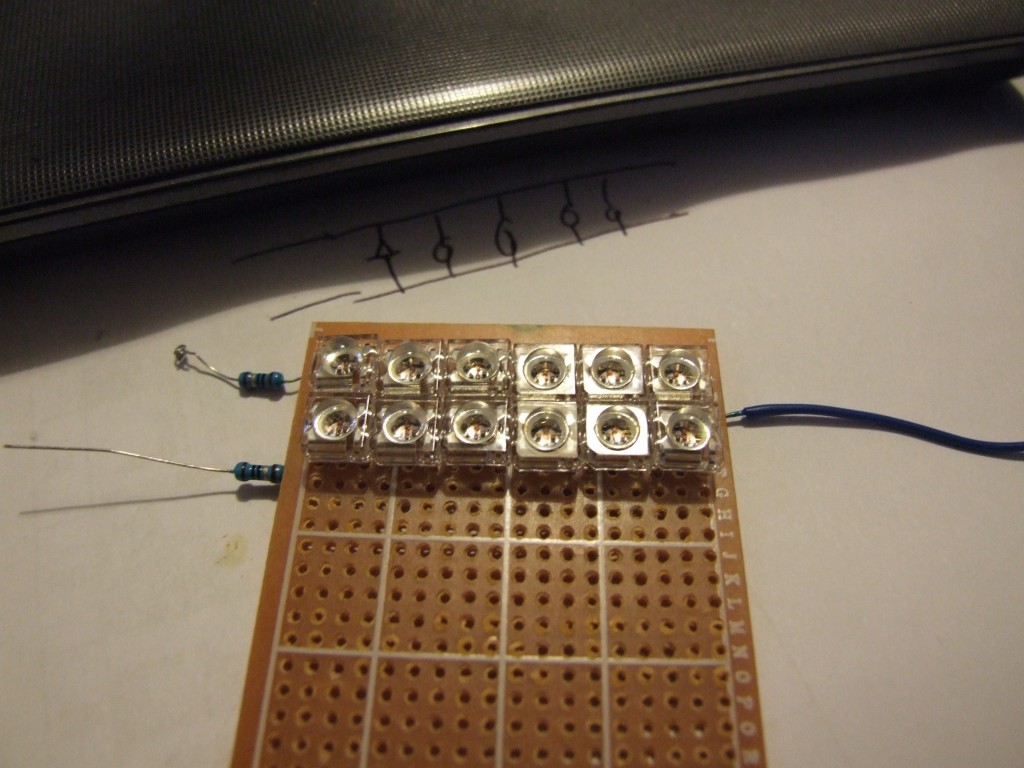 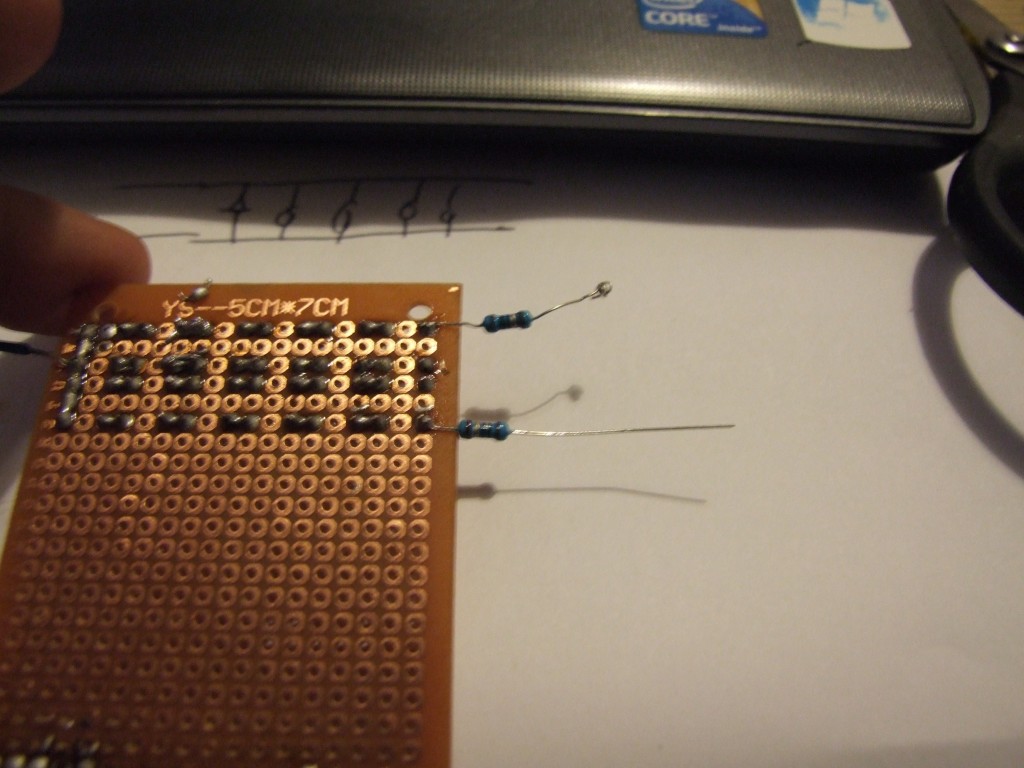 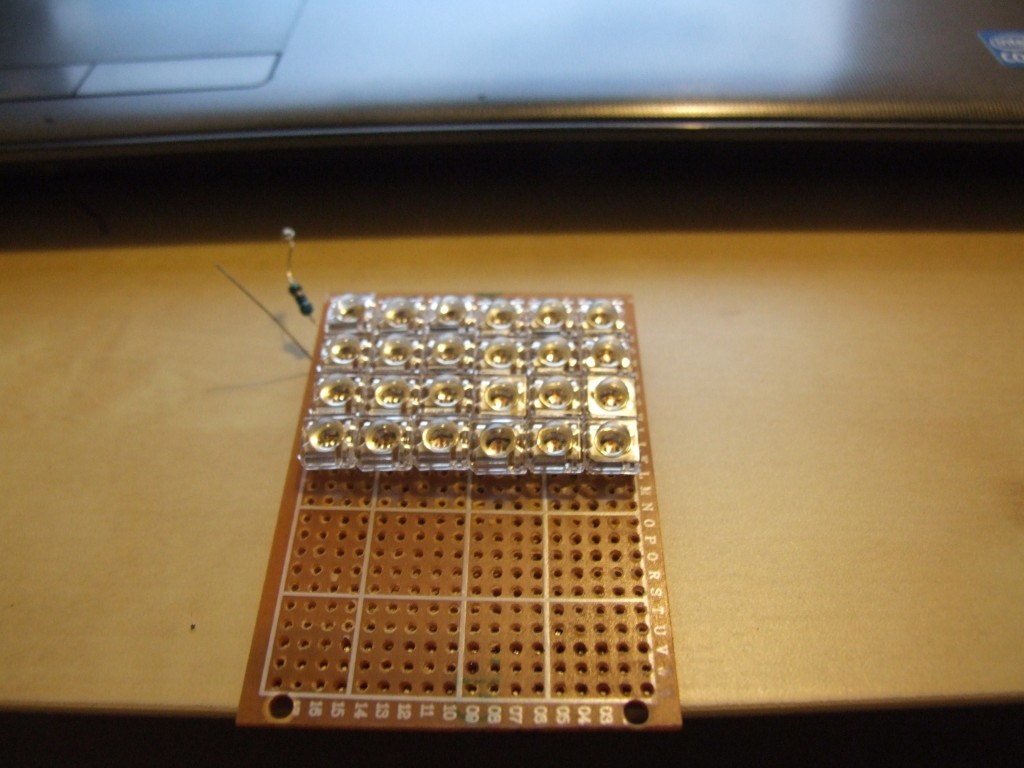 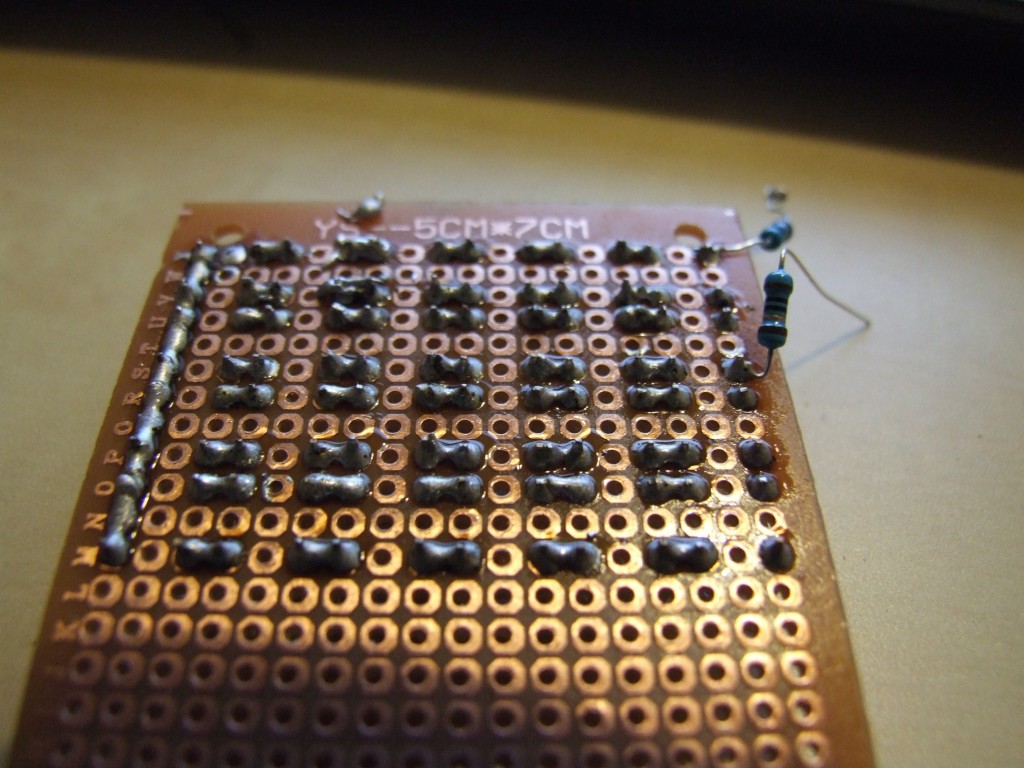 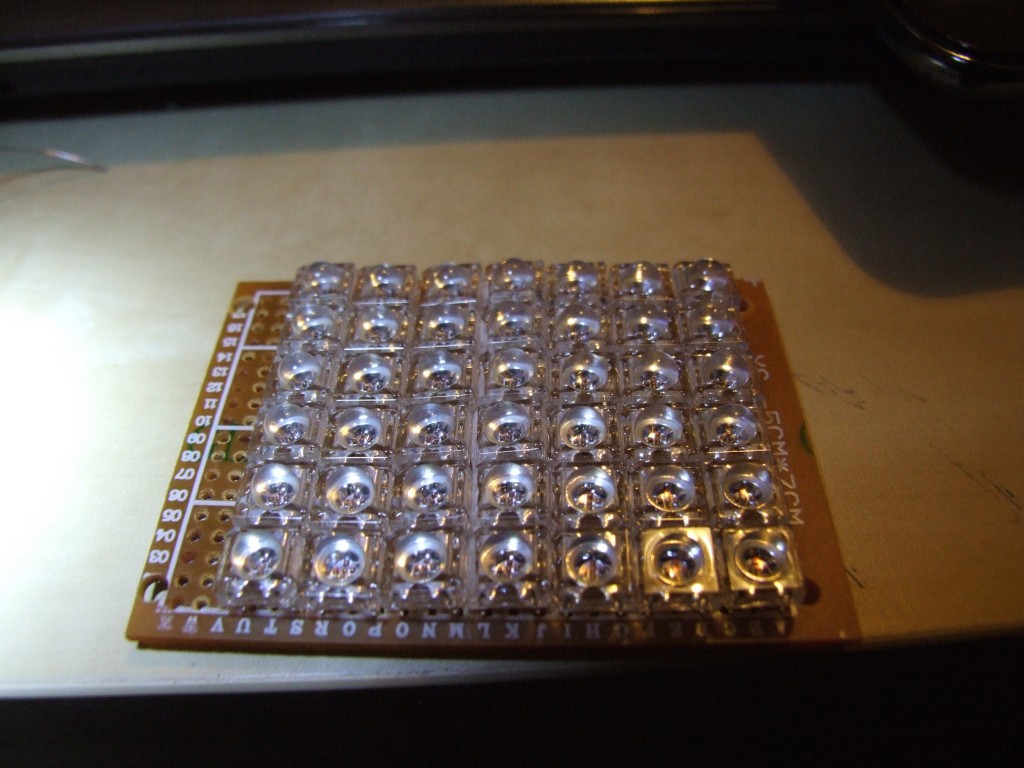 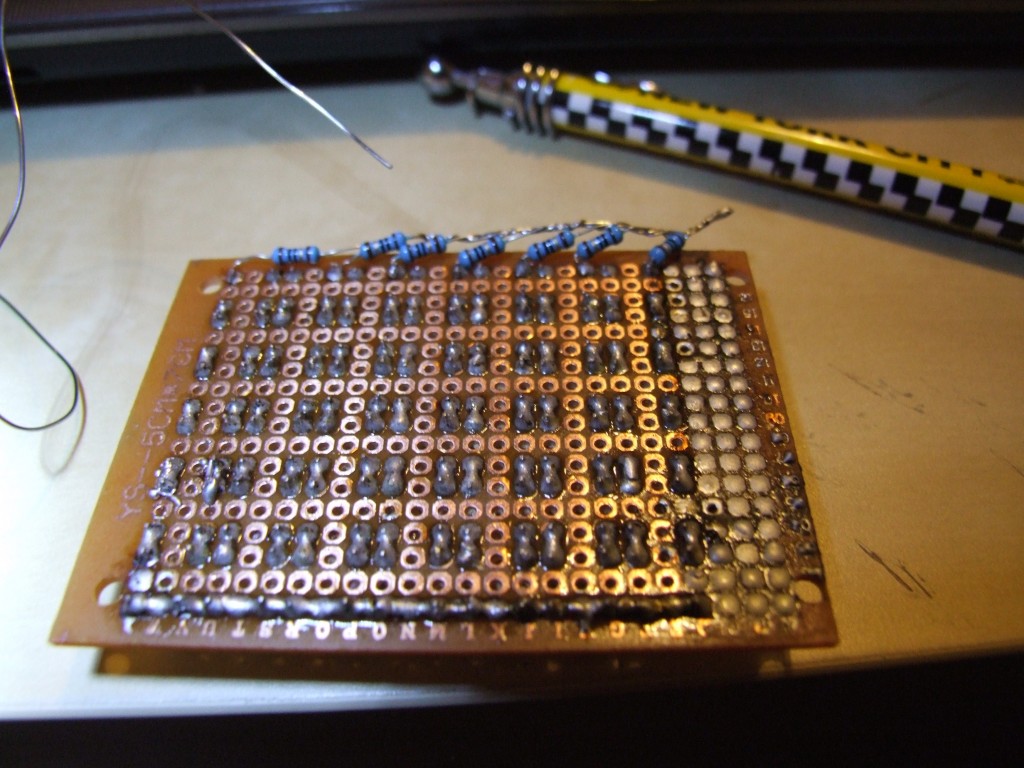 After all that soldering, I also soldered the resistors into the negative lines and tied them all together, first test: 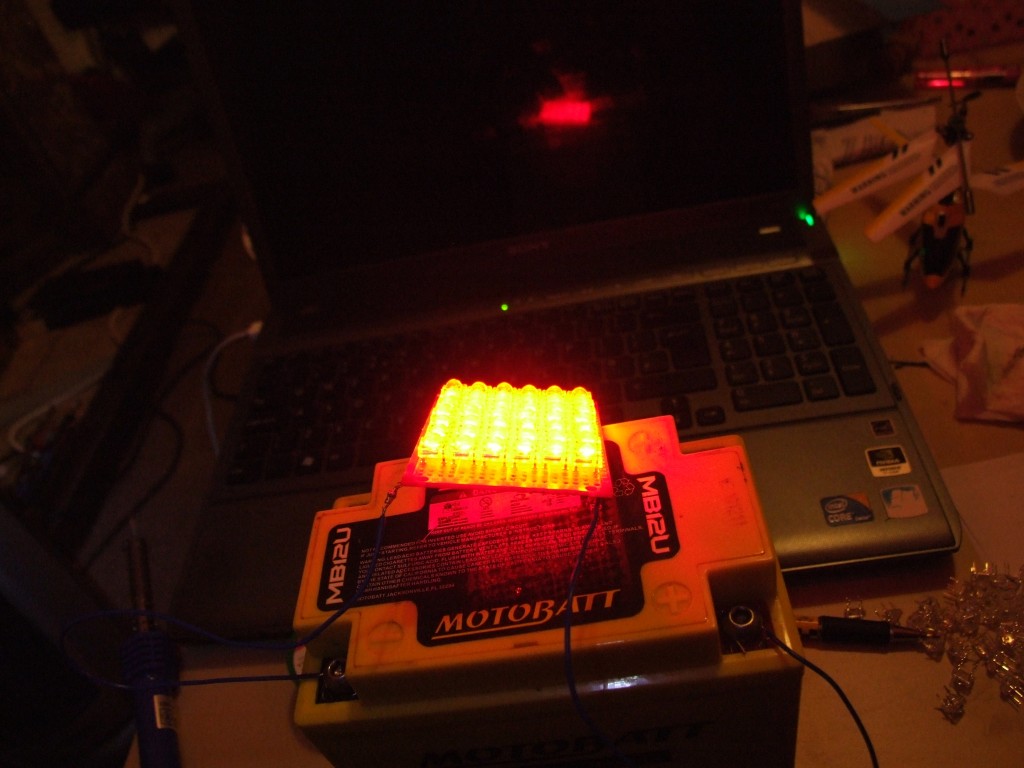 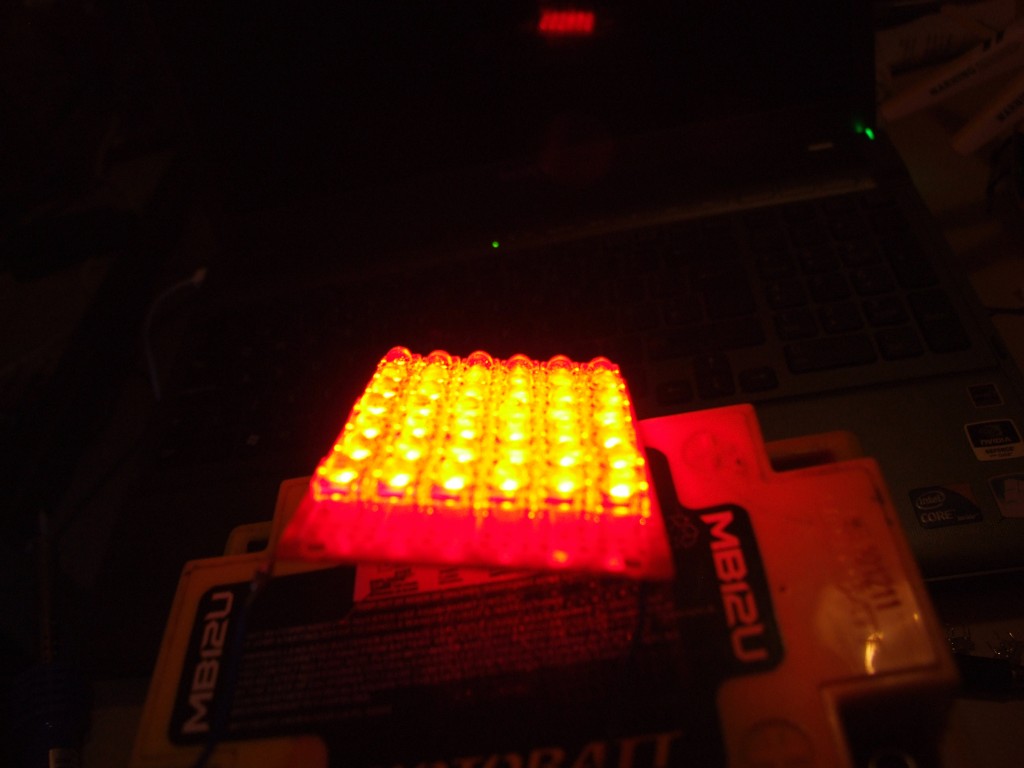 They are insanely bright, its very hard to look at the board directly without going blind 😛 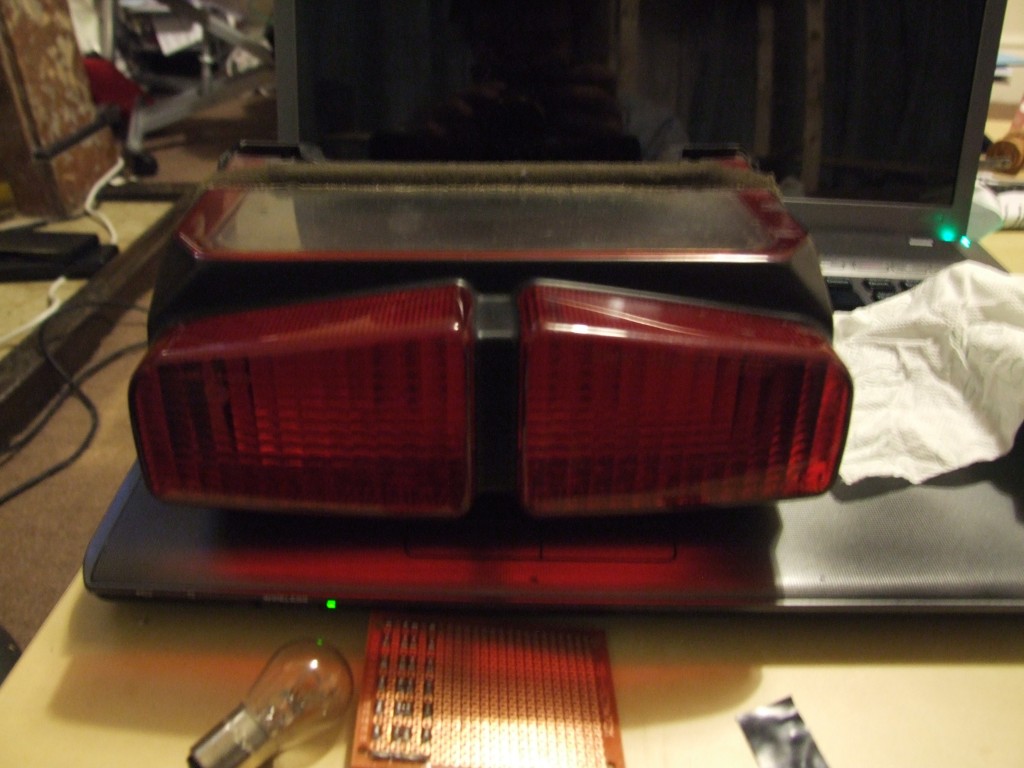 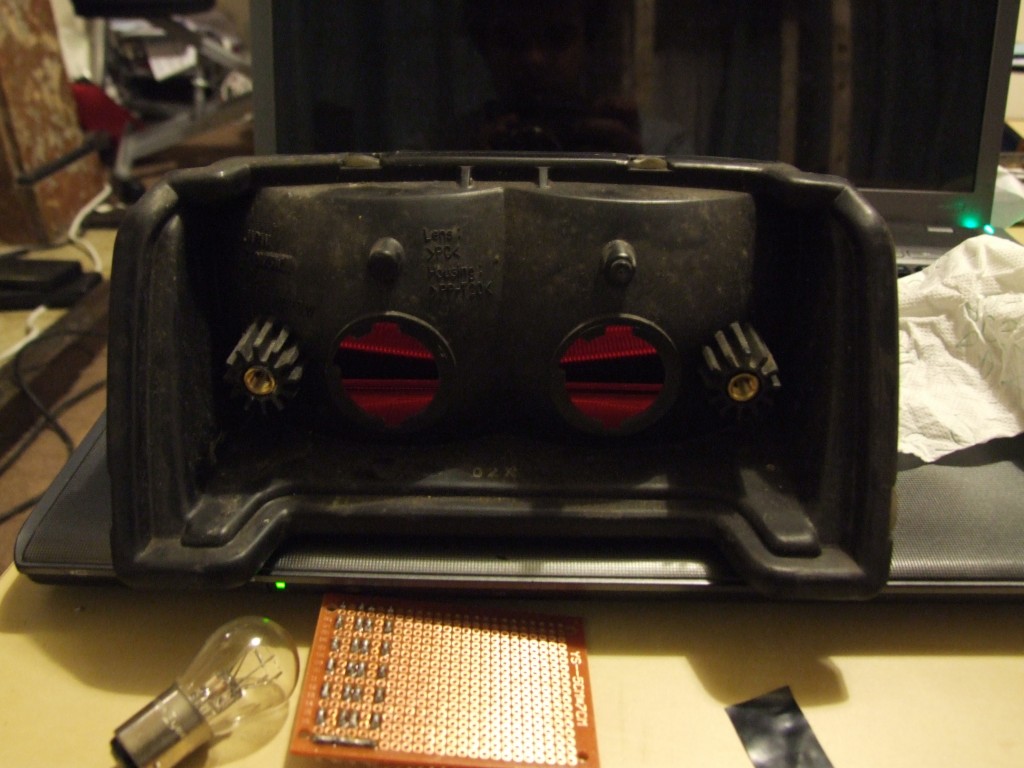 The next step was to split them, they are held together with clips and glue similar to the headlights, I heated up the cluster in the oven for 3-4 minutes and it pulled apart easily.

Unfortunately I forgot to take a picture of the actual board placement, but essentially they are glued to the red lens in the center of each section. I also glued White led clusters to the clear lens at the bottom for the number plate light. : 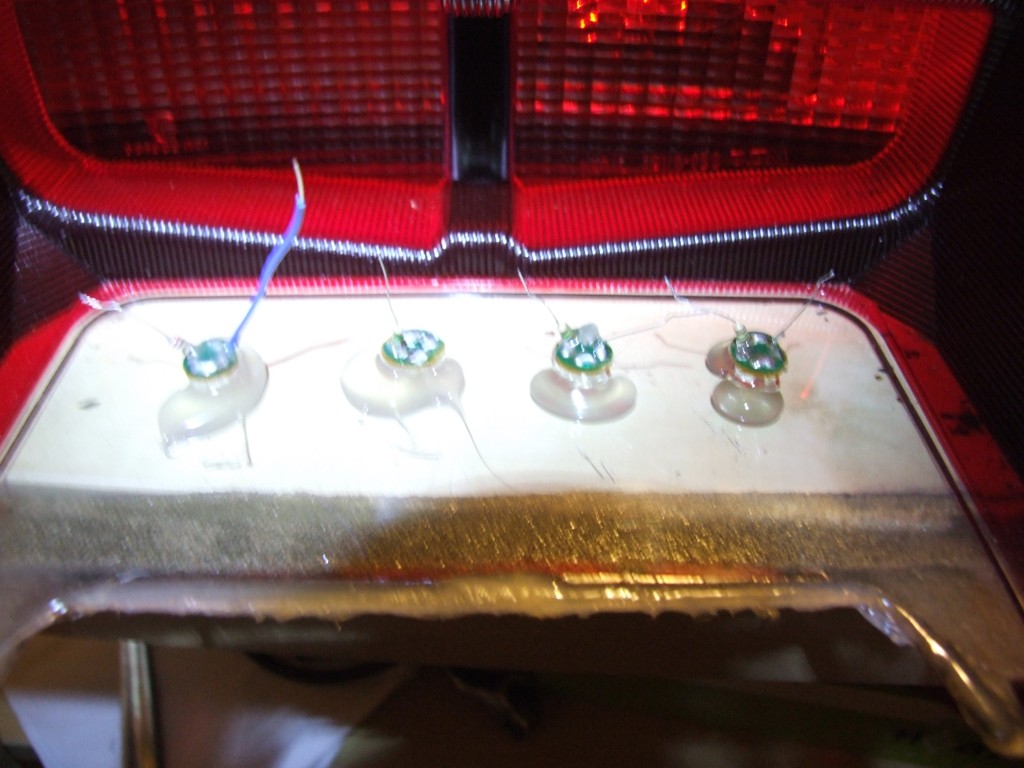 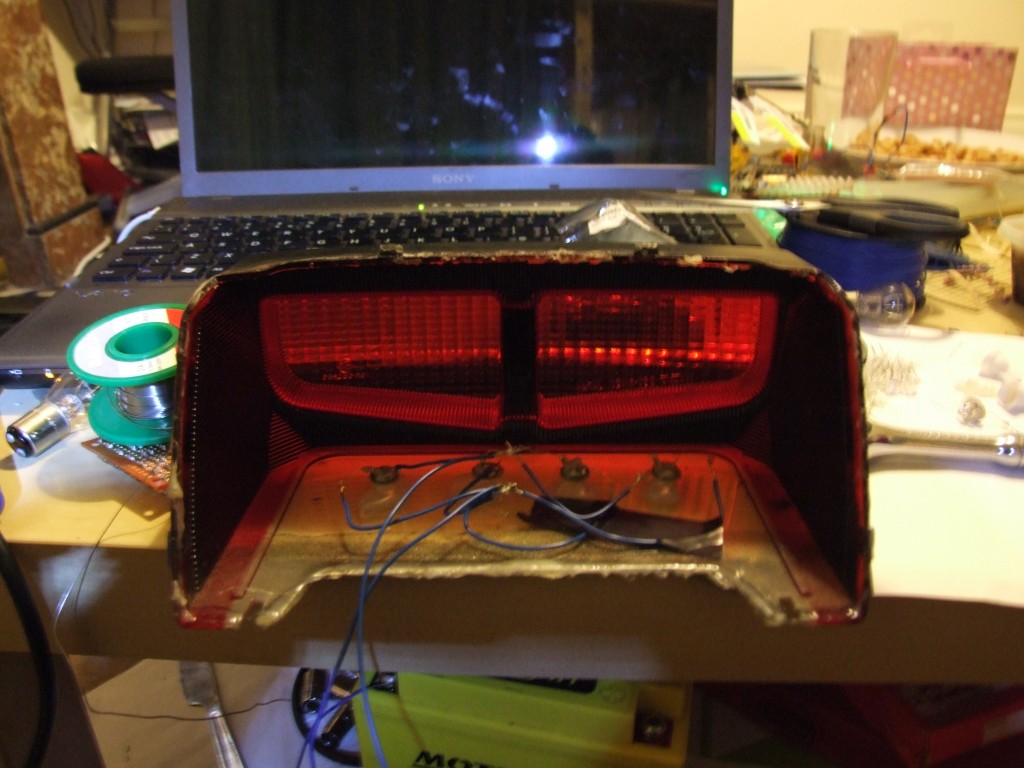 These were wired into the tail light circuit as well. To keep the bike wiring relatively original, I used the blown bulb, removed the glass, and soldered to the wires remaining: The LED strip on the top box was just that really, 2 led strips glued together and attached to the top box, these wire wired in the same way to the tail and brake circuits (dim when headlights are on, bright when braking)

Here are some install pictures, its very hard to get these as I need an assistant to press the brake etc, they also get approximately 25% brighter when not idling (so needed somebody to hold the throttle open) overall im pretty happy, they are about 50% brighter than the standard lights and draw about 1.5 amps in total. 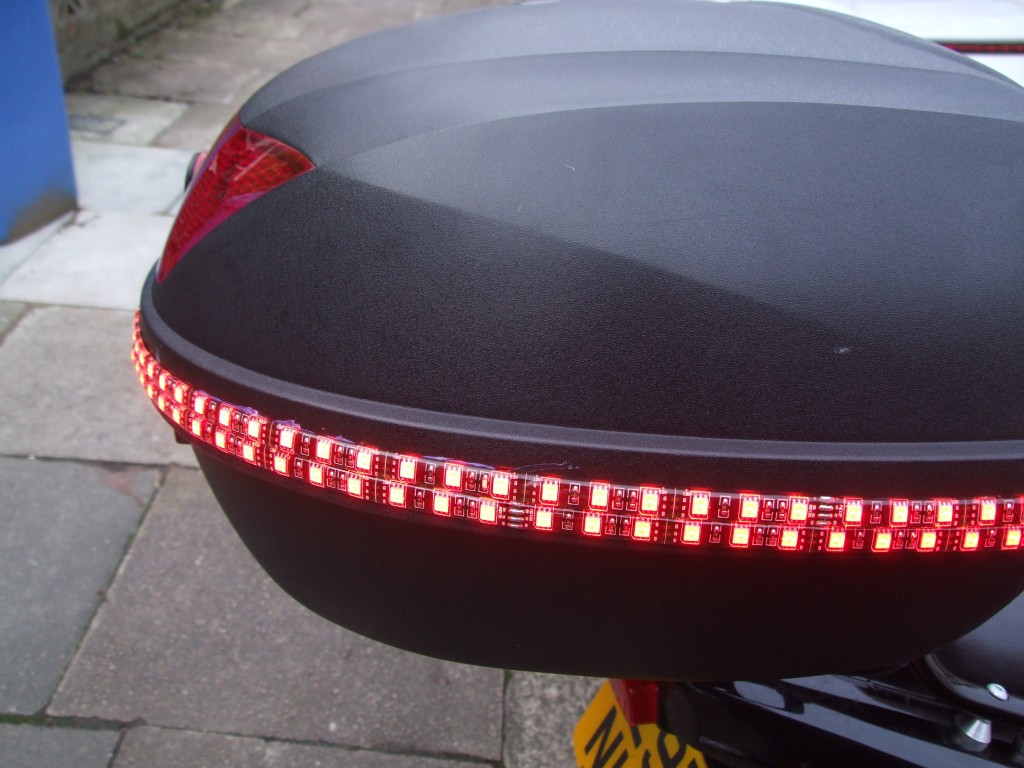 I will try and get some night shots soon as well 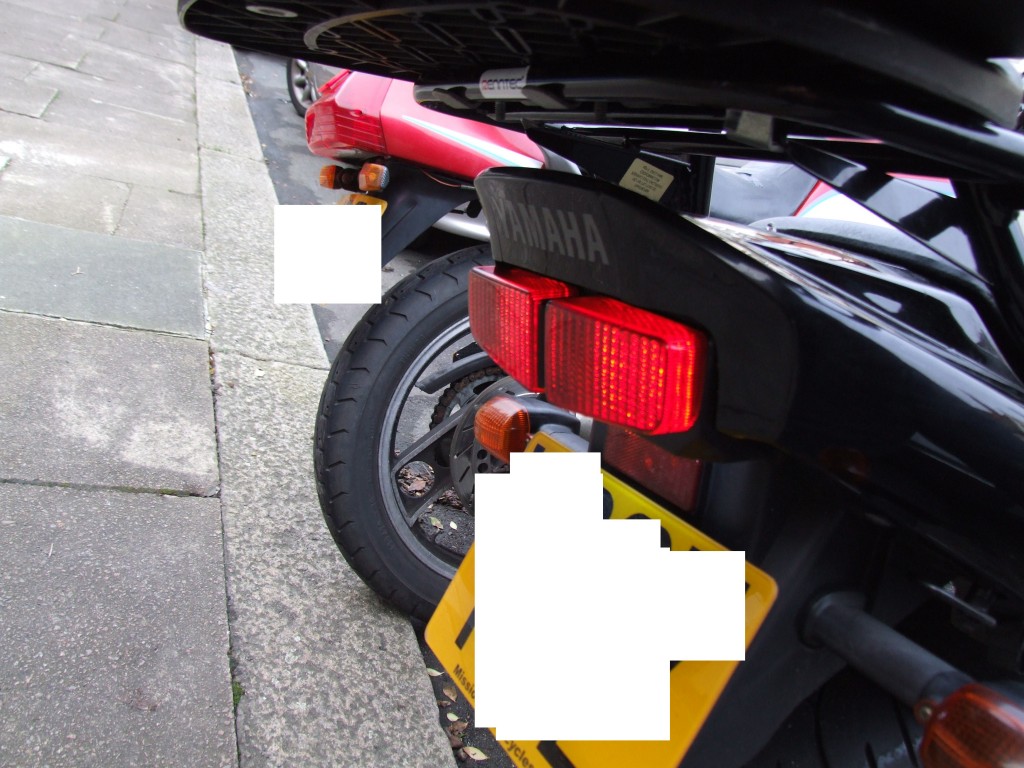