First thing I do when I get a new bike, is replace the bulb in the brake/tail assembly with an LED brake board.

The NC700 was a bit more invovled as the tail light doesnt split apart, you have to remove it from the bike to change the bulb, but its pretty easy to remove.

Once you have removed the plastic surrounding the rear brake light, I baked it at 110deg C for 10 minutes, Enough to make the plastic more pliable, I then used a knfe to split the red lense from the black base around the seam. 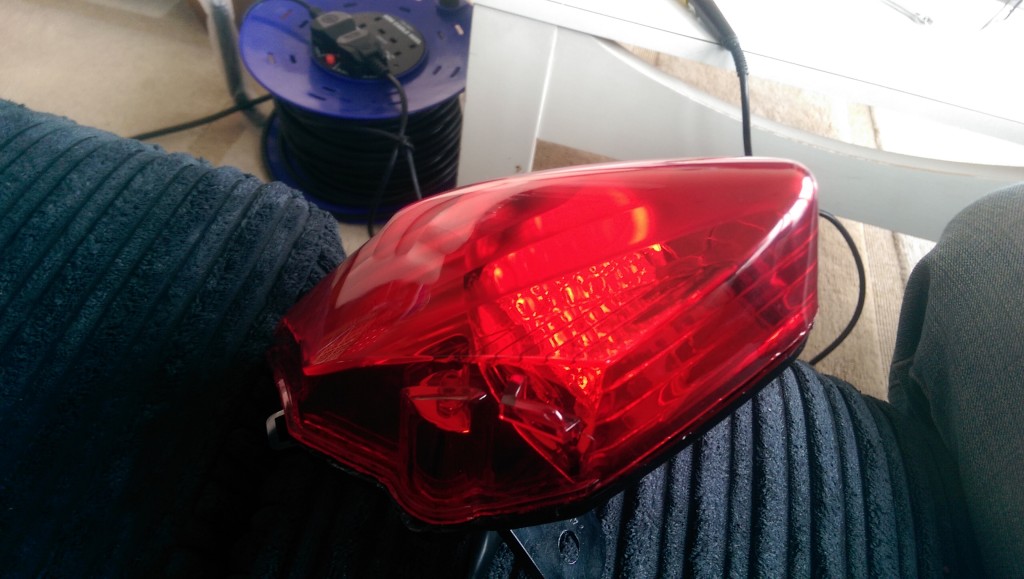 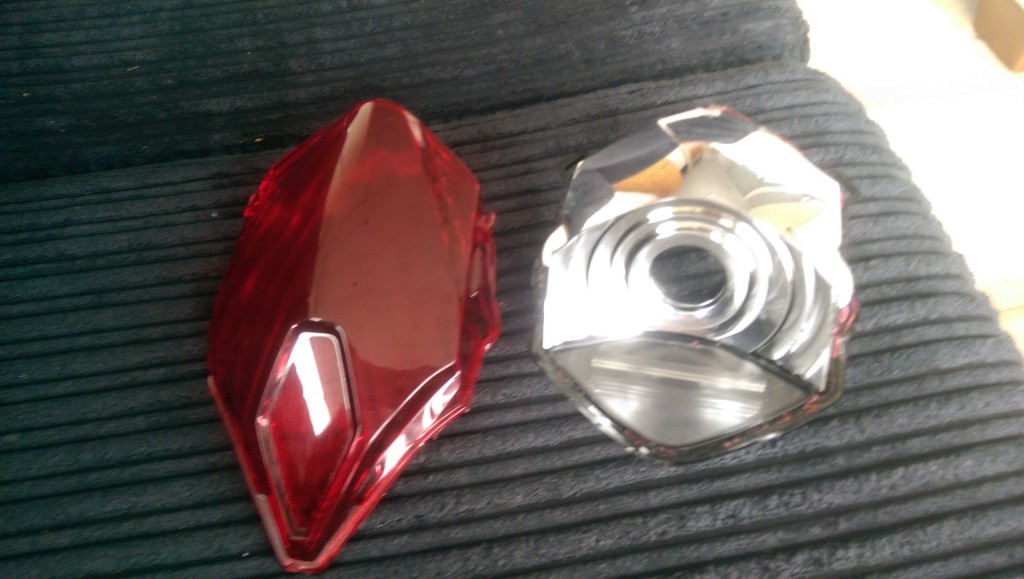 I then cleaned up the seam with a flat head scredriver, to be sealed later with hot glue. 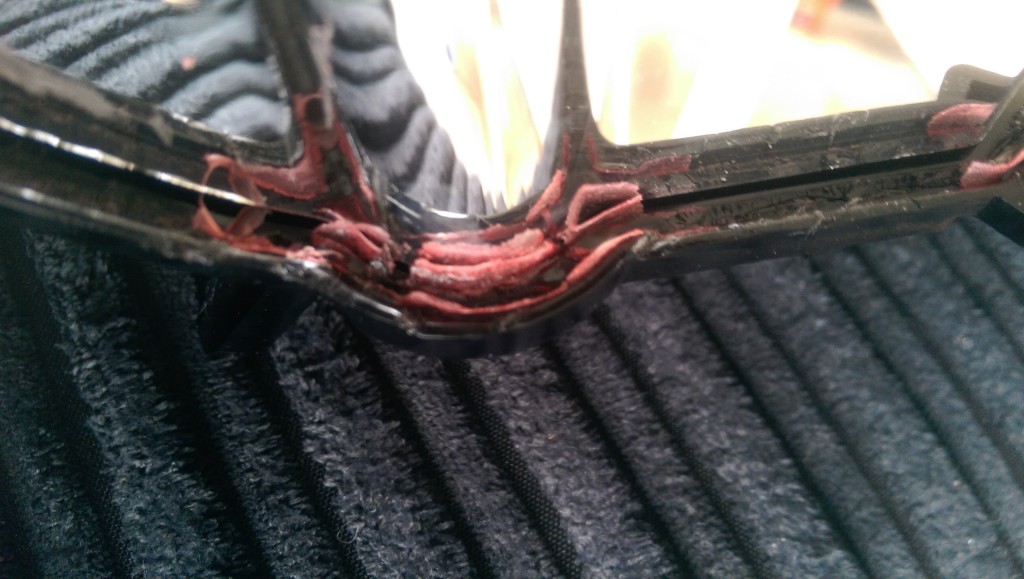 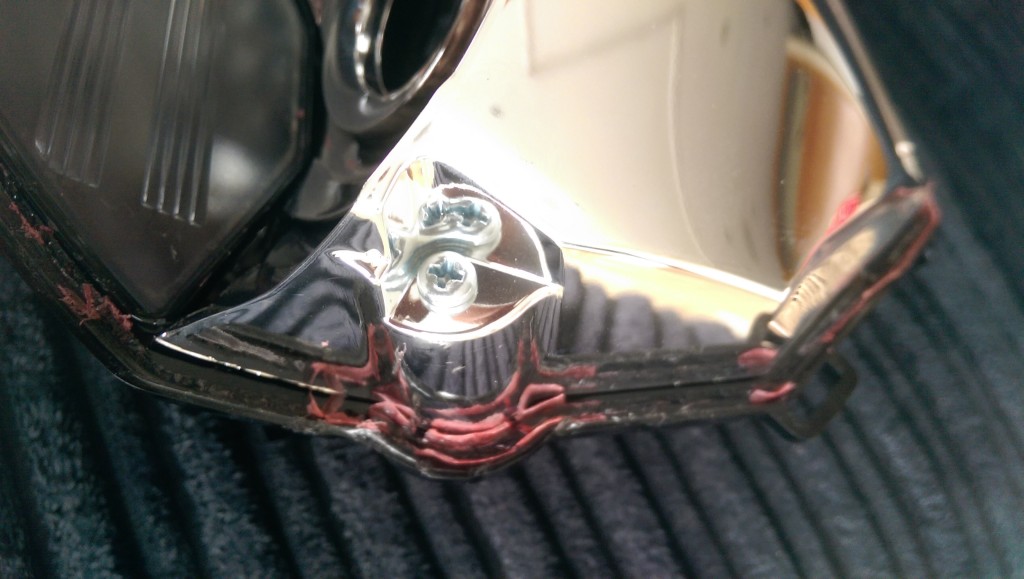 Test fitting the Protoboard, just a small trim around the edges 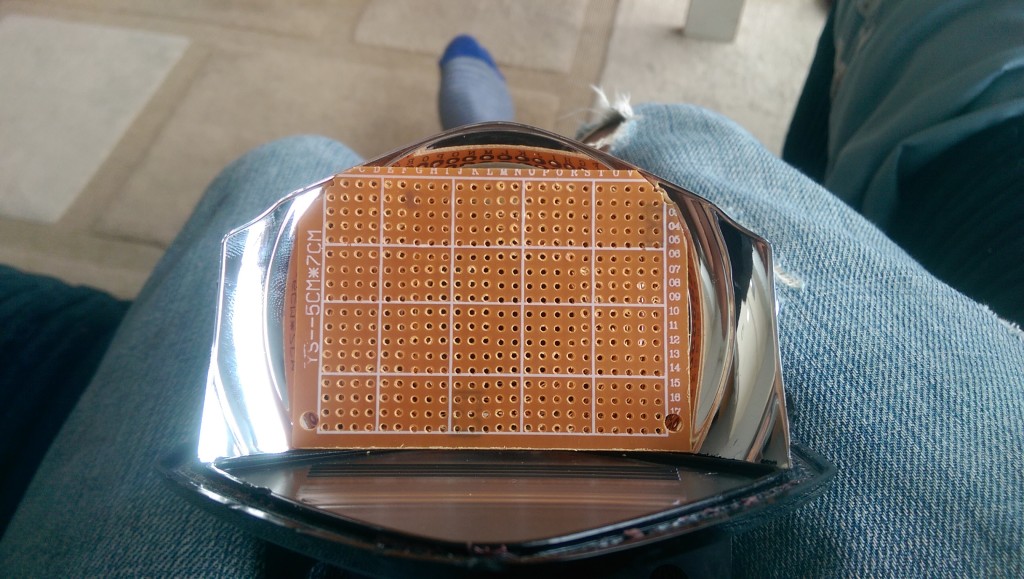 After hot gluing in place and soldering the LED’s 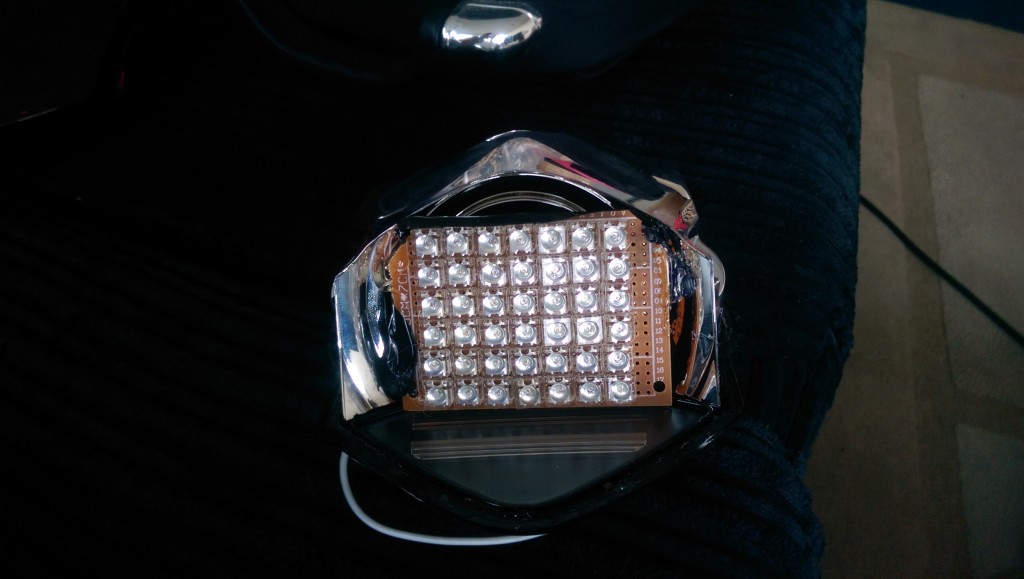 The LEDs are Philips superflux coppies from china, 15,000MCD each. They were wired in series strings of 3, with 470 ohm resistors at the begging of each string. The tail feed is via another 470ohm resistor in series to dim the whole array. The brake wiring bypasses the resistor for full brightness when braking. 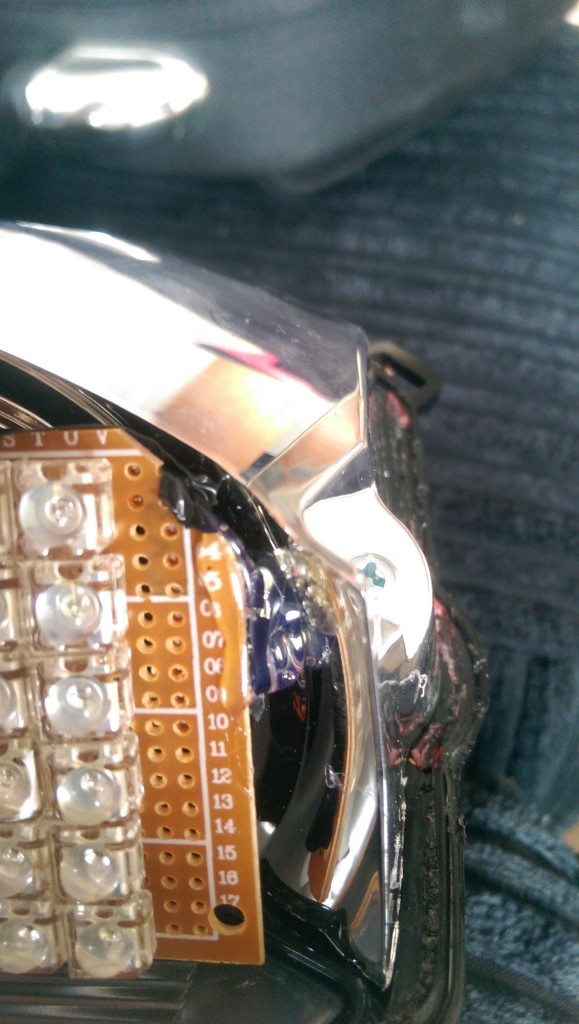 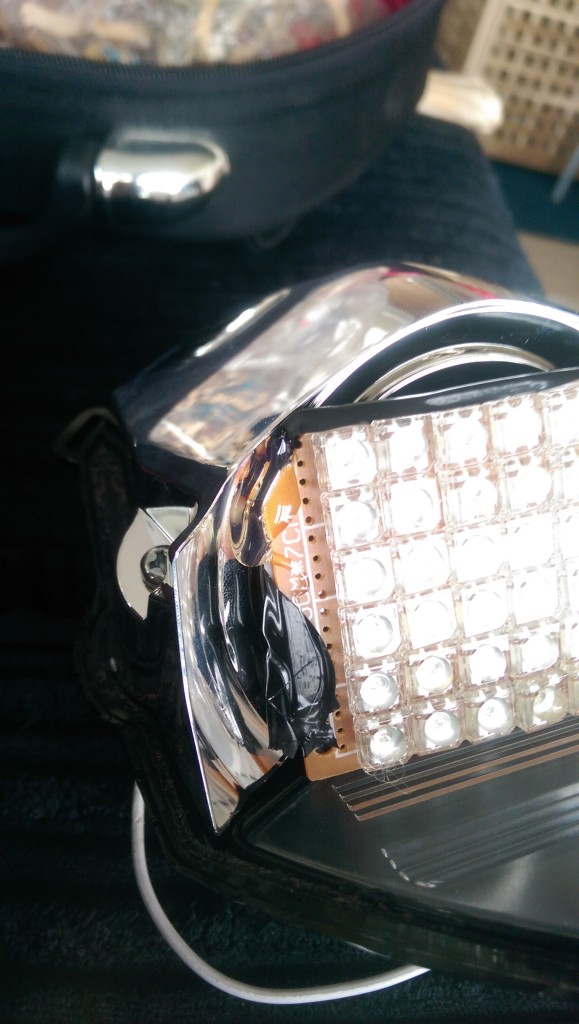 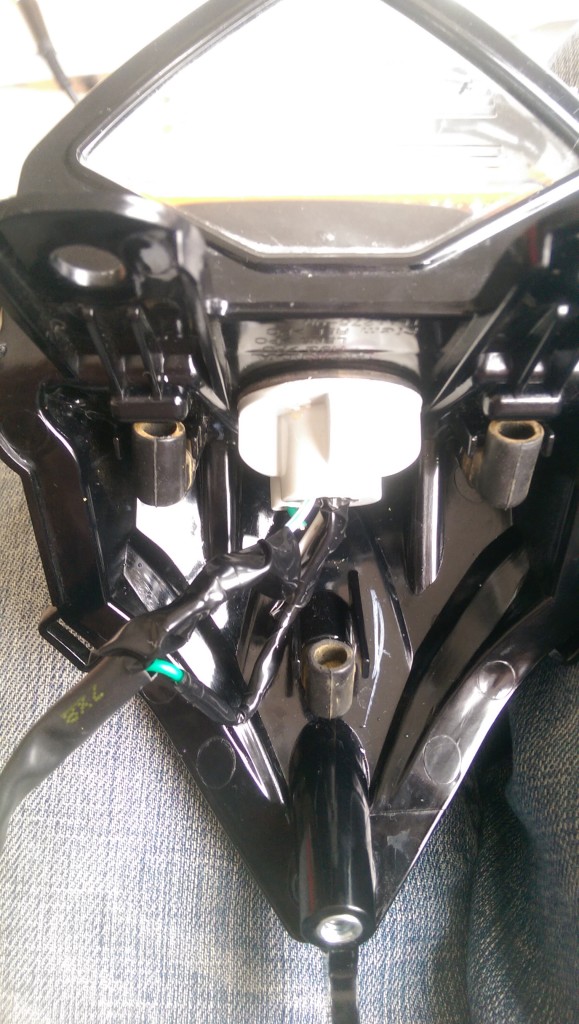 I re-used the brake socket and hot glued the wires into place to maintain the waterproofing of the tail light.

Dont forget the white LED’s for number plate illumiation, glued to the inside of the housing pointing down

I glued the housing back into place with a bead of hot glue at the same, and rebuilt it back: 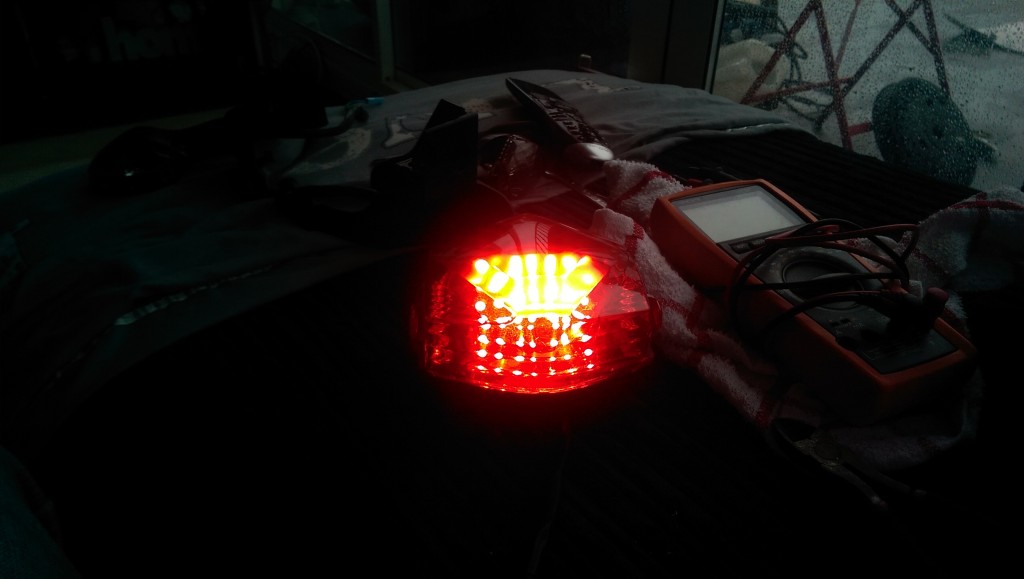 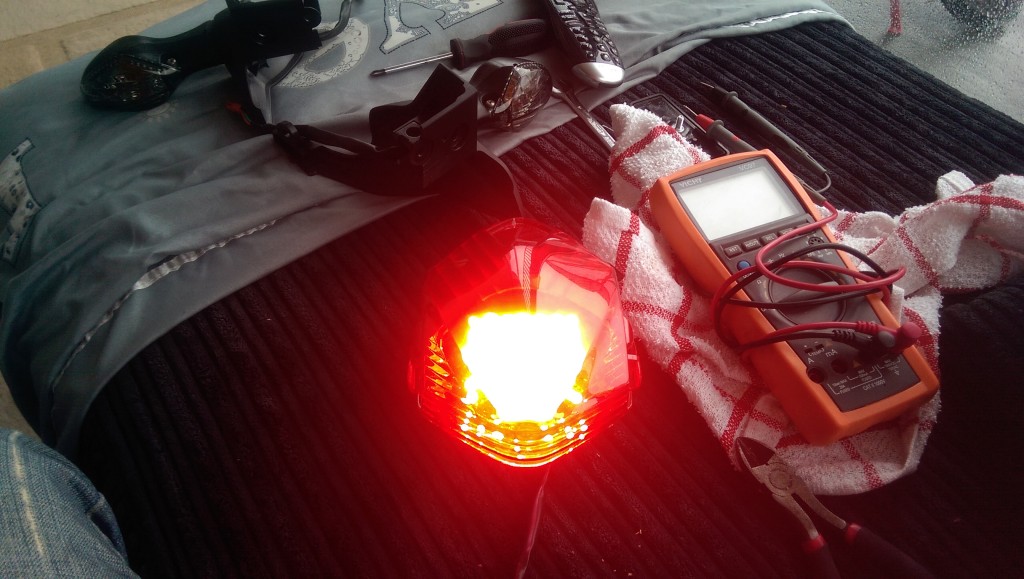 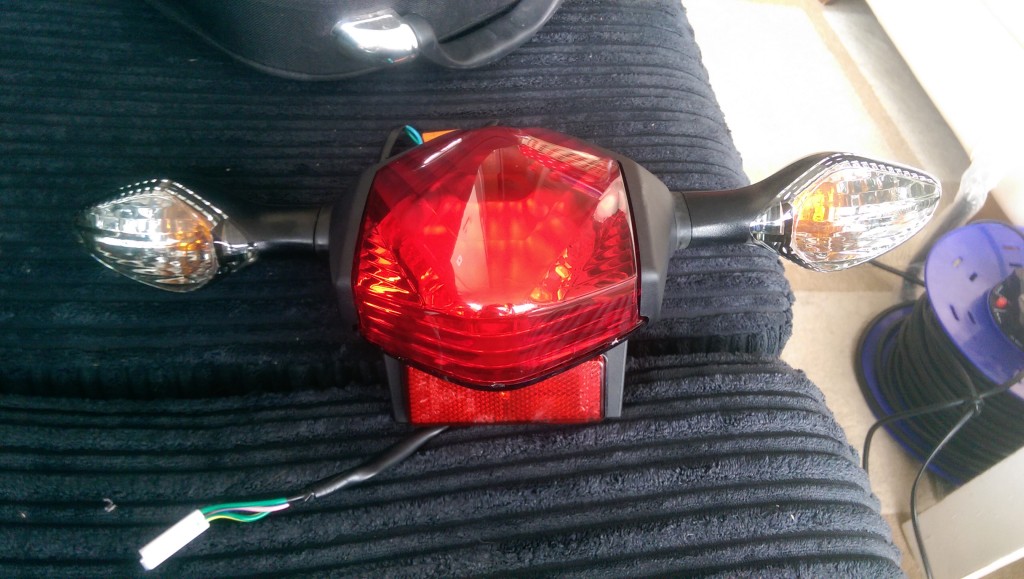 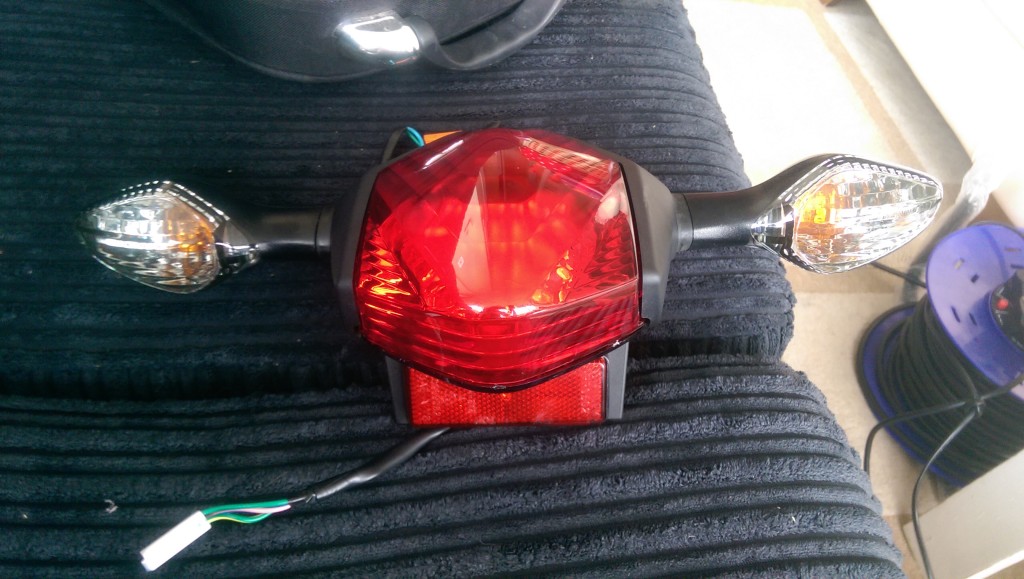 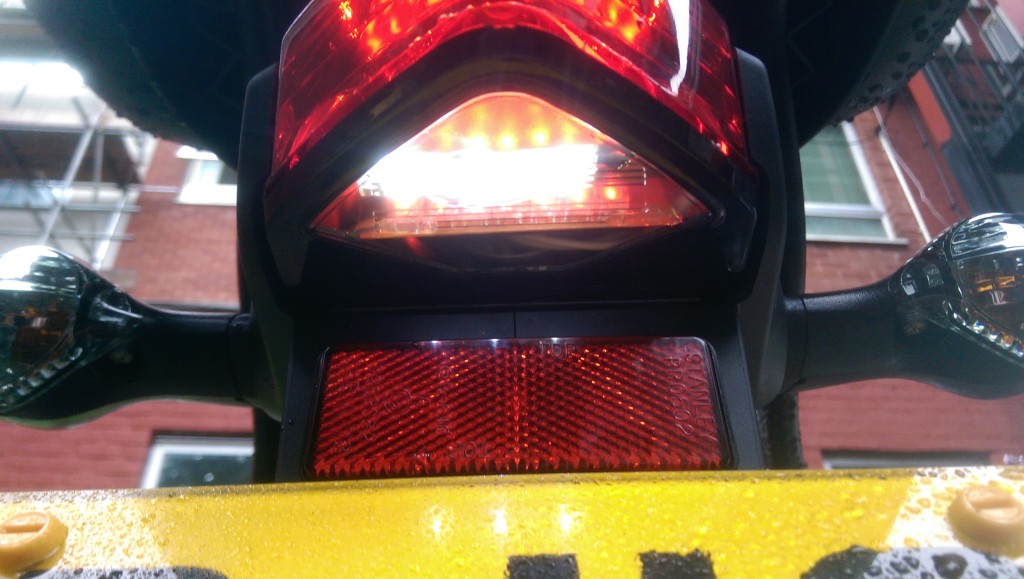 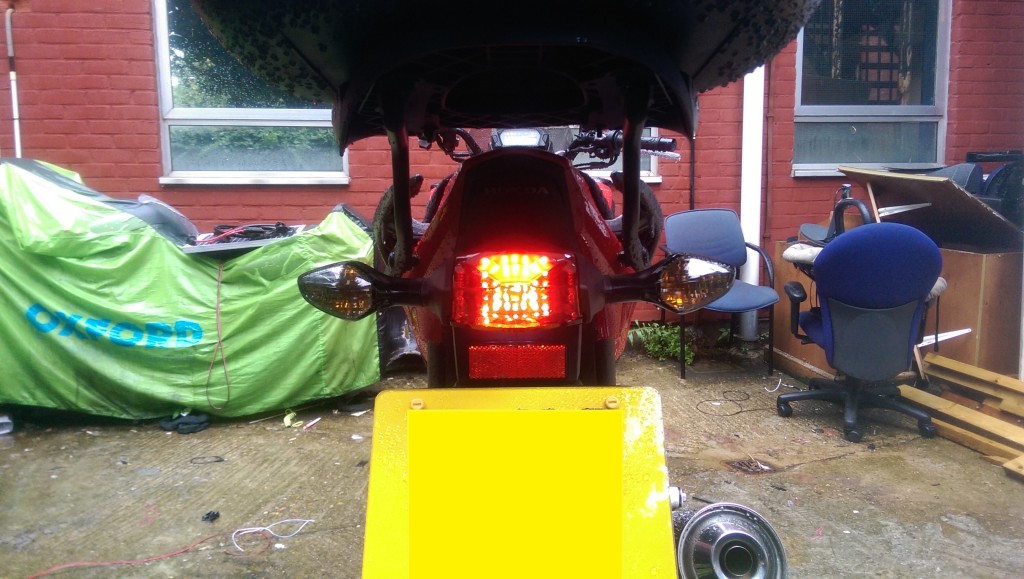