Like many others with keyless go, my car stopped responding to the door handle buttons. The unlock button worked (touch sensor on the 215) but the lock button did not respond, and just squished when pressed.

The rubber seal on the button fails, allowing water in, which eventually corrodes the contacts internally, as can be seen here: 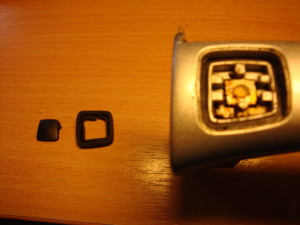 Remove the screws on the silver strip on the door shut. 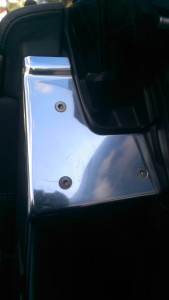 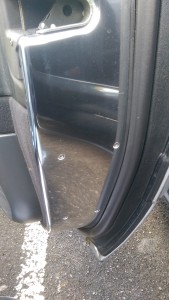 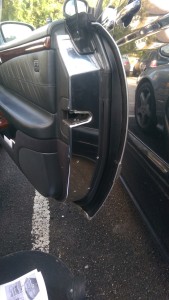 Rember the screw in the black plastic trim around the latch, then remove the trim: 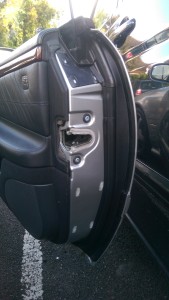 Fold back the upper part of the sealing rubber to reveal a hole: 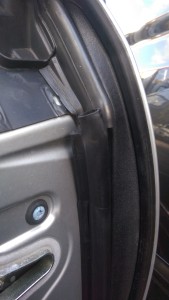 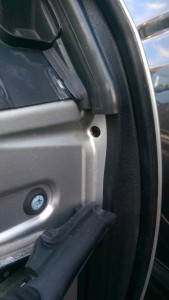 Undo the Torx screw and “retain” (I was carefull not to drop the screw into the door).

Pull out the door lock and IR sensor portion. Firstly pull it out at an angle, with the towards the front of the car coming out first, then pull it out in one go. 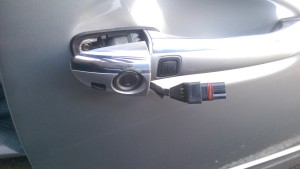 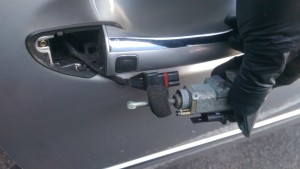 The next step is to remove the door card. I did not take pictures of this but it entails:

1. Remove speaker on top left by pulling away at the top, its is clipped
2. Remove Screw, its hidden behind the SRS logo on the right, this just unclips.
3. Insert plastic implement at the bottom right between the door card and the door and prise apart, do this all the way around the door to release the plastic clips.
4. Pull the bottom of the door card out first (to clear the speakers) and then lift upwards at an angle.
5. Remove the door cable that is attached to the interior door handle.

Unplug the connector, to do this you will need to remove some of the interior sound deadening around the door lock area: 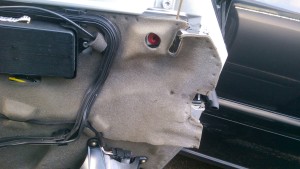 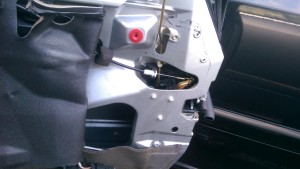 I couldnt grab a picture of the connector, but its basically behind the panel where the red plastic rivet is, you can reach up and unplug it through the hole underneath.

Once removed, you can pull the door handle towards the back of the car, and remove. 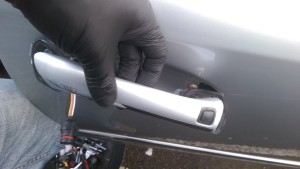 Installation is the reverse of these steps. Nothing else needed!