I am never going to tow with it, and I think it looks a bit rubbish. 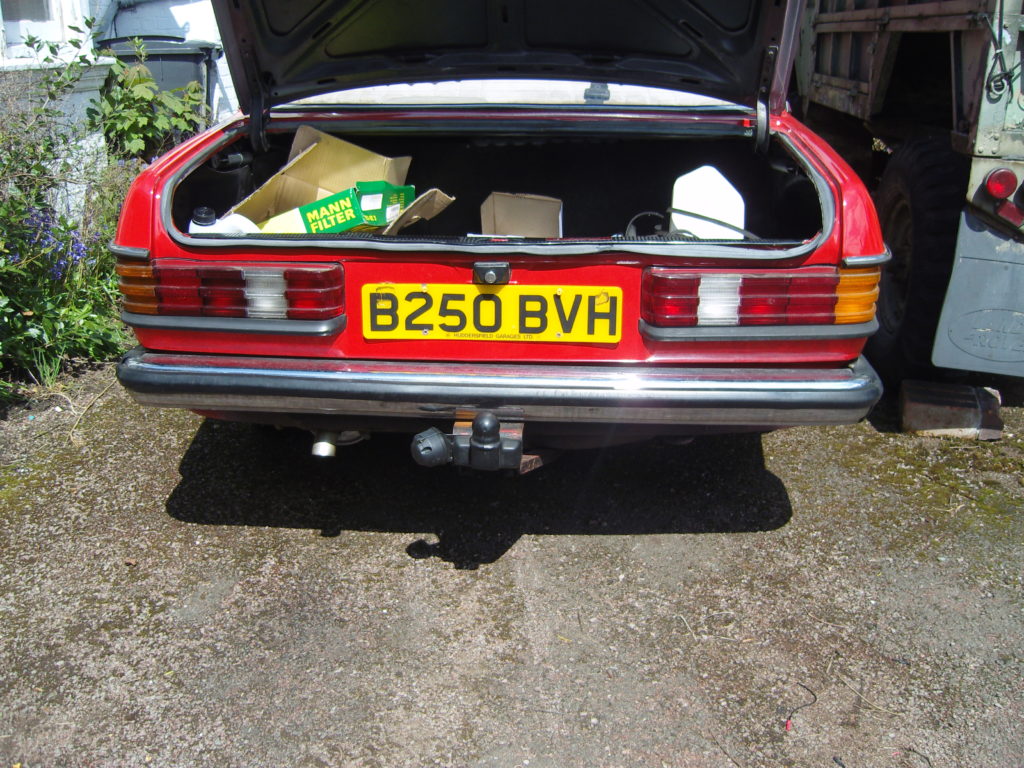 Here it is with the tow bar. Its bolted onto the frame of the car underneath the rear bumper and is also bolted into the boot floor.

After lots of wrestling with bolts I had the bumper off: 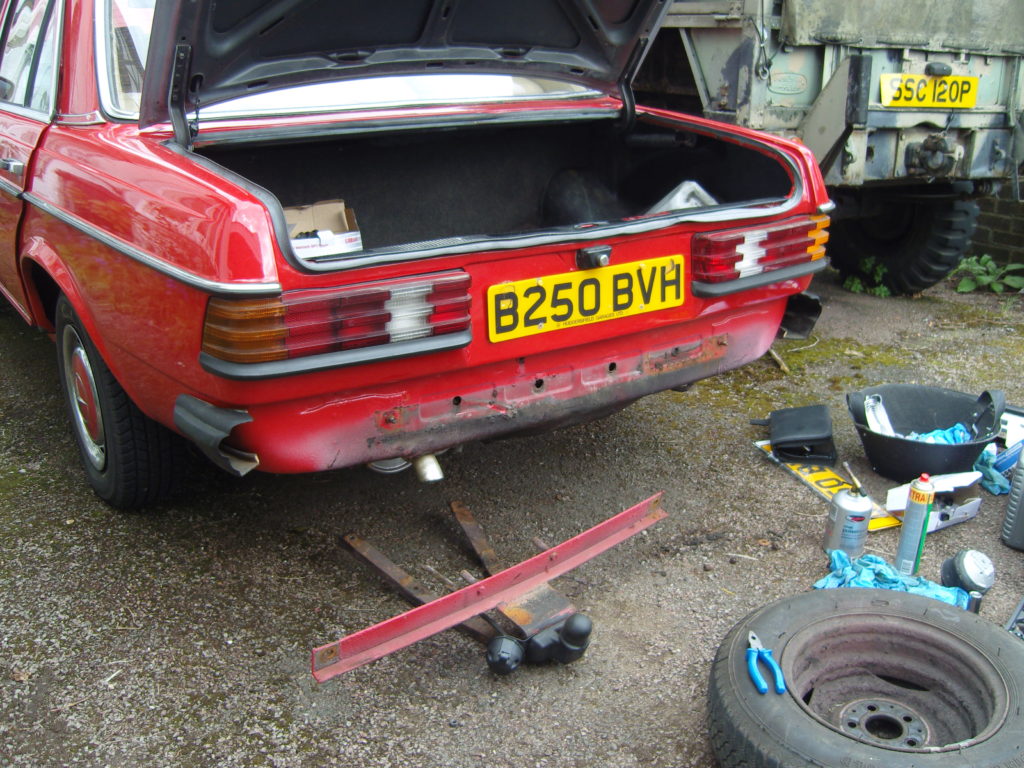 I was rather worried when I was removing the tow bar as there appeared to be lots of hidden rust (ad said “No rust anywhere!” ha)

The bolts through the boot floor looked pretty bad, but on a closer look, it was from the retaining plates rather than the boot floor: 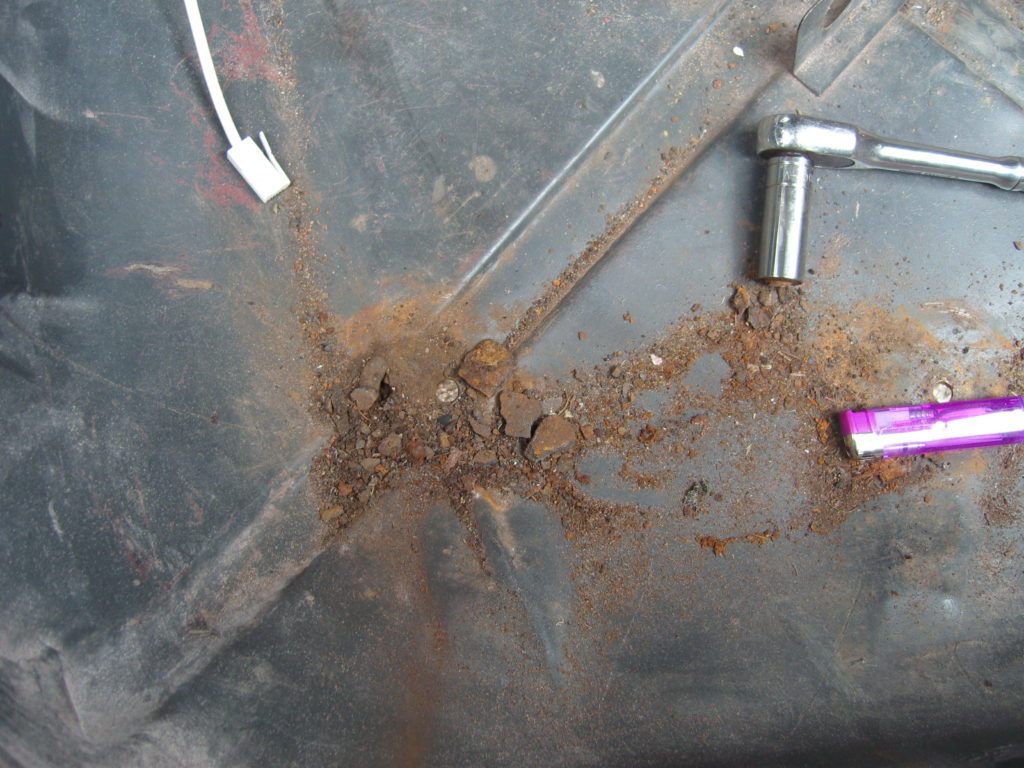 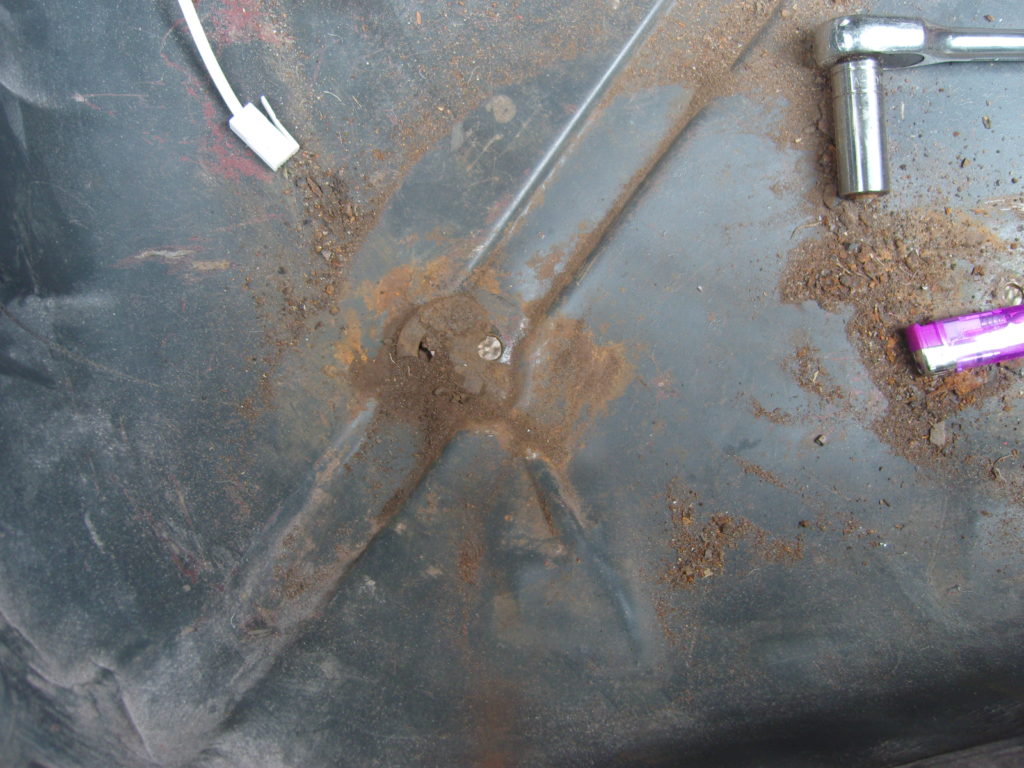 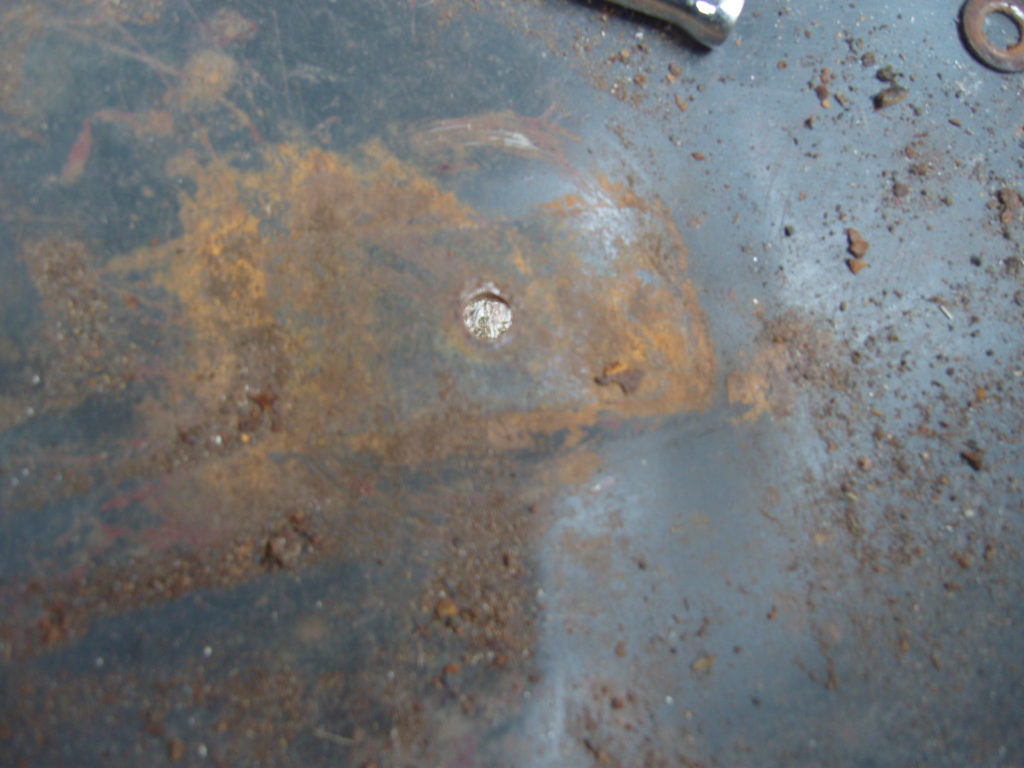 There was a bit of surface rust on the inside of the boot, where the retaining plate sat, I attacked it with a flap wheel and a bit of grey stonechip: 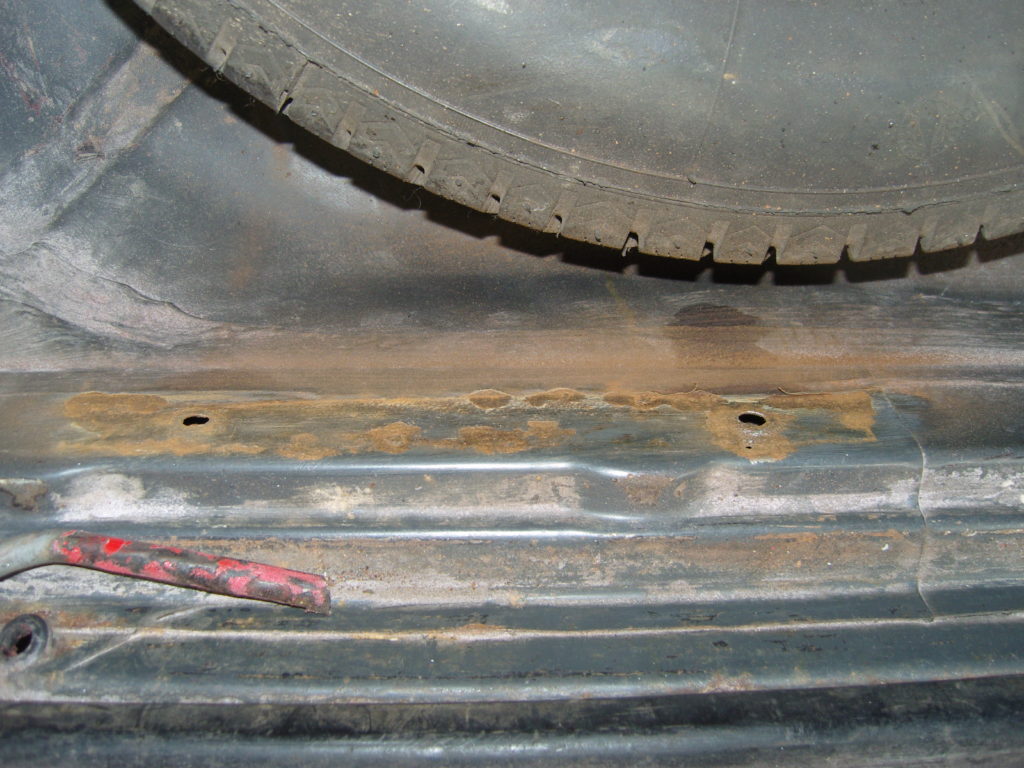 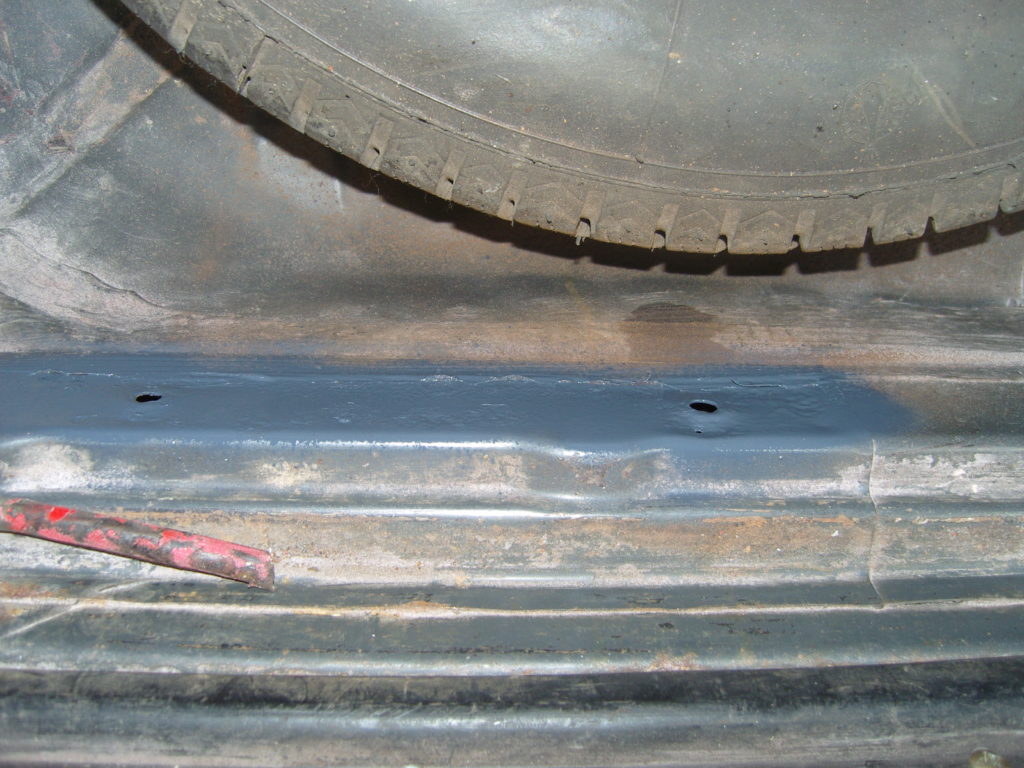 Underneath the boot floor was the same story: 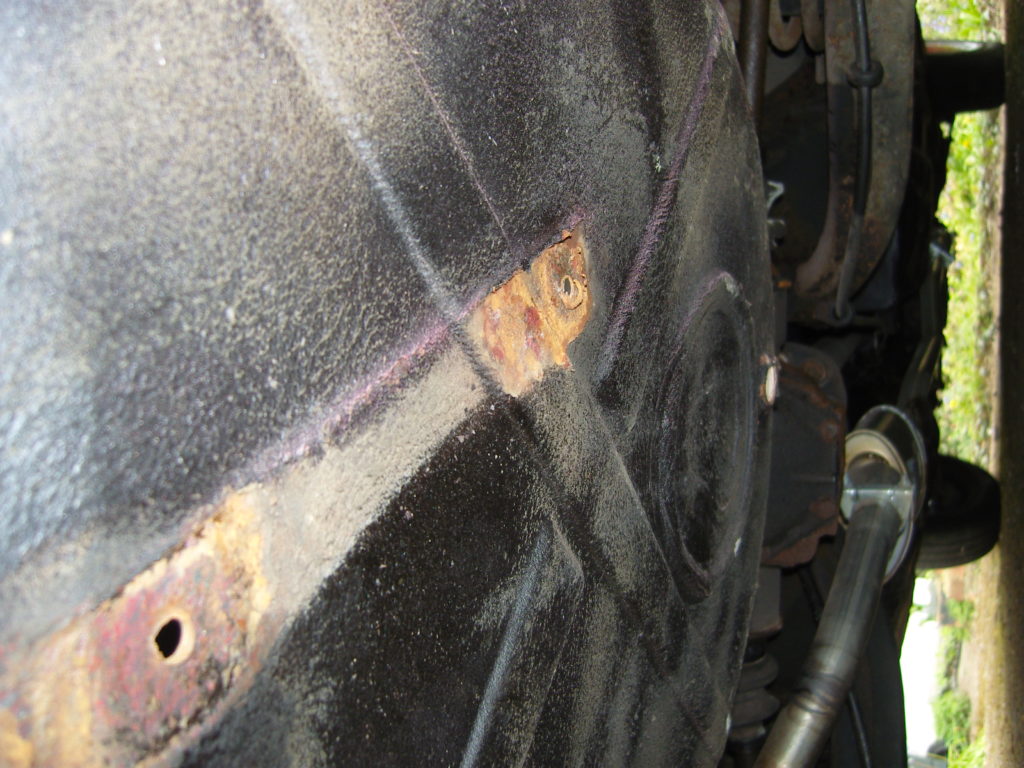 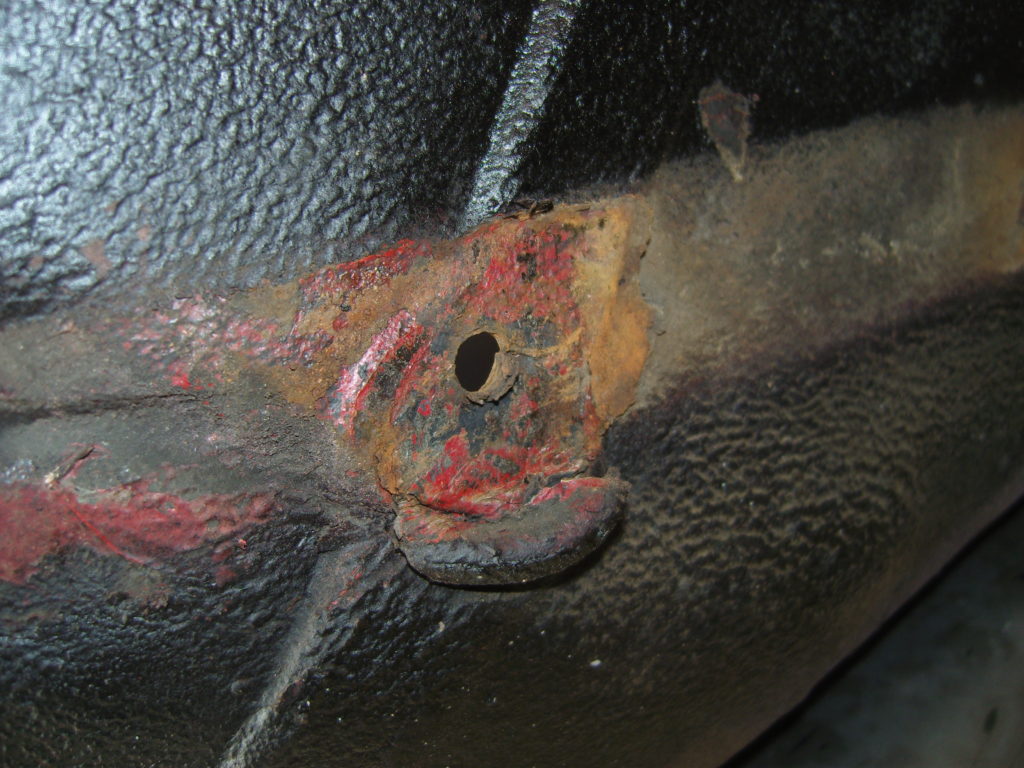 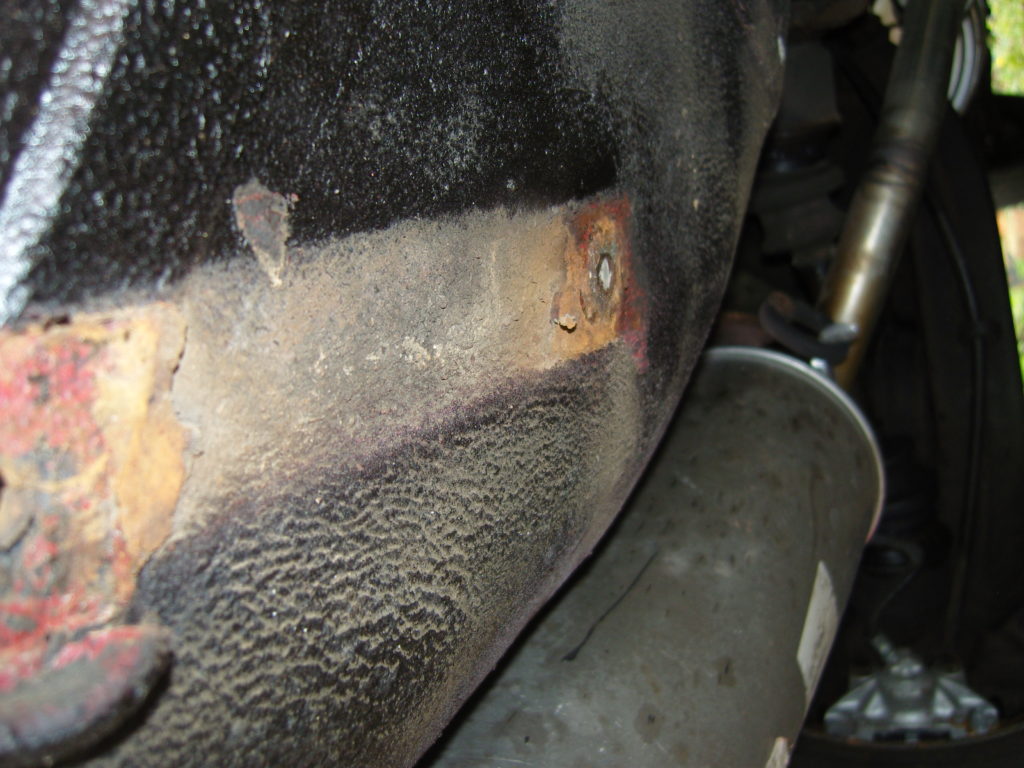 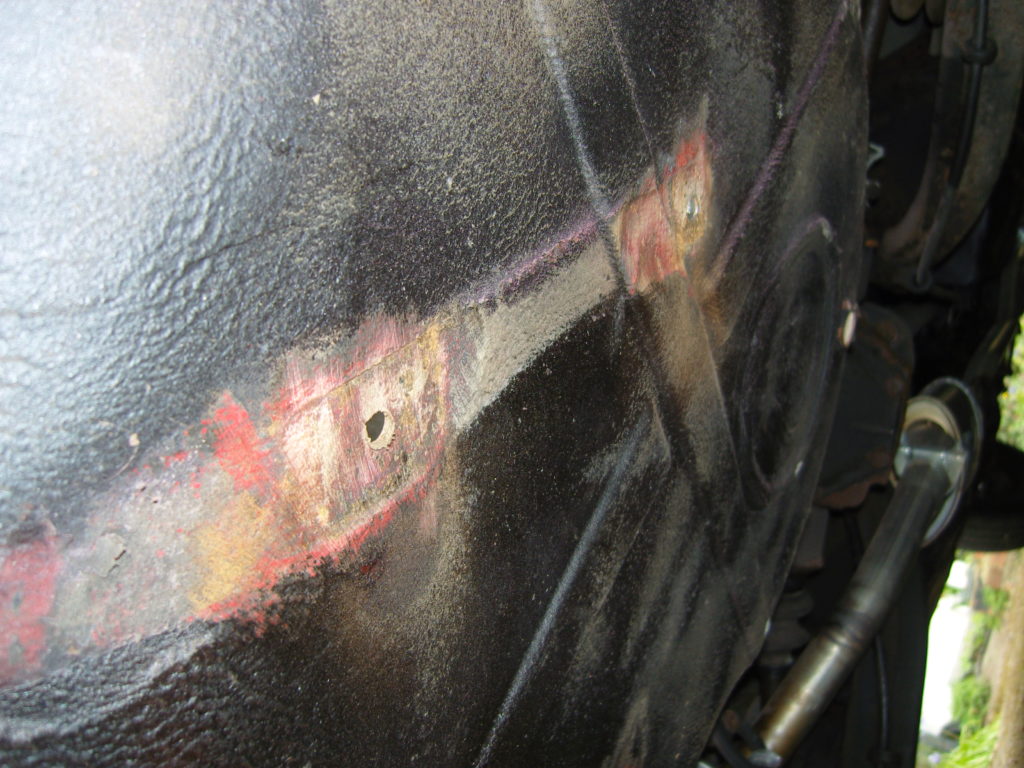 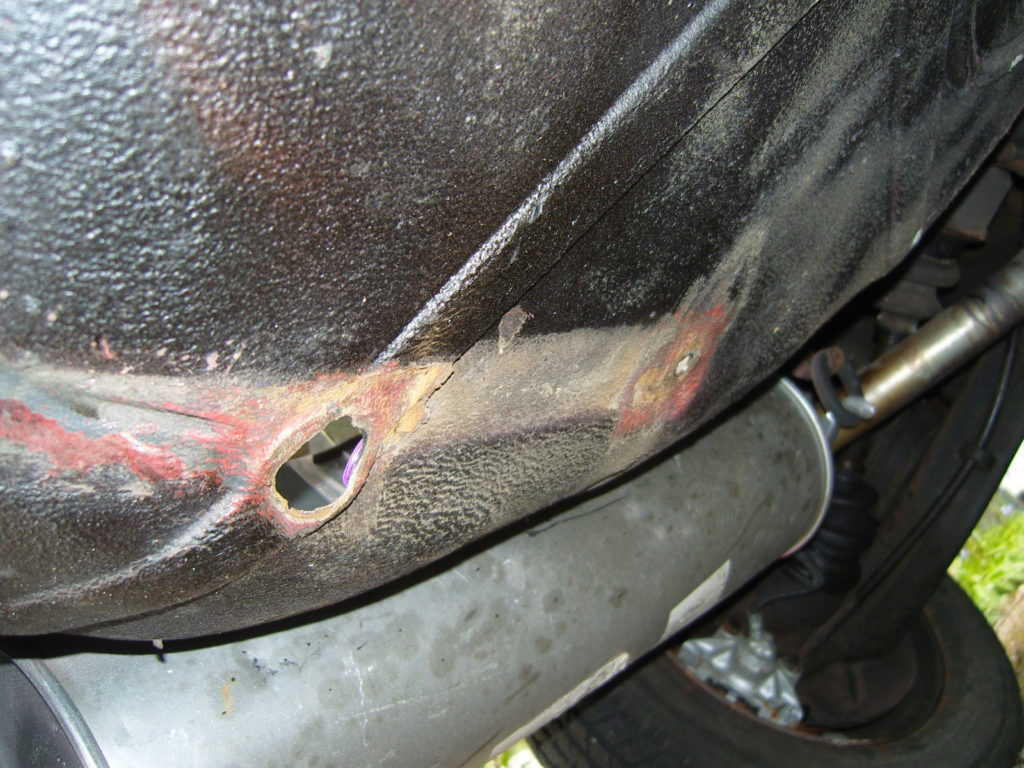 The inside of the bumper was the same, so I removed most of the surface rust, then applied Dynax.

The bodywork behind the bumper had a couple of sections, including an odd bit where there was a random hole!. I will have to deal with this properly in the future. At the moment its stone chipped and Dyanxed. 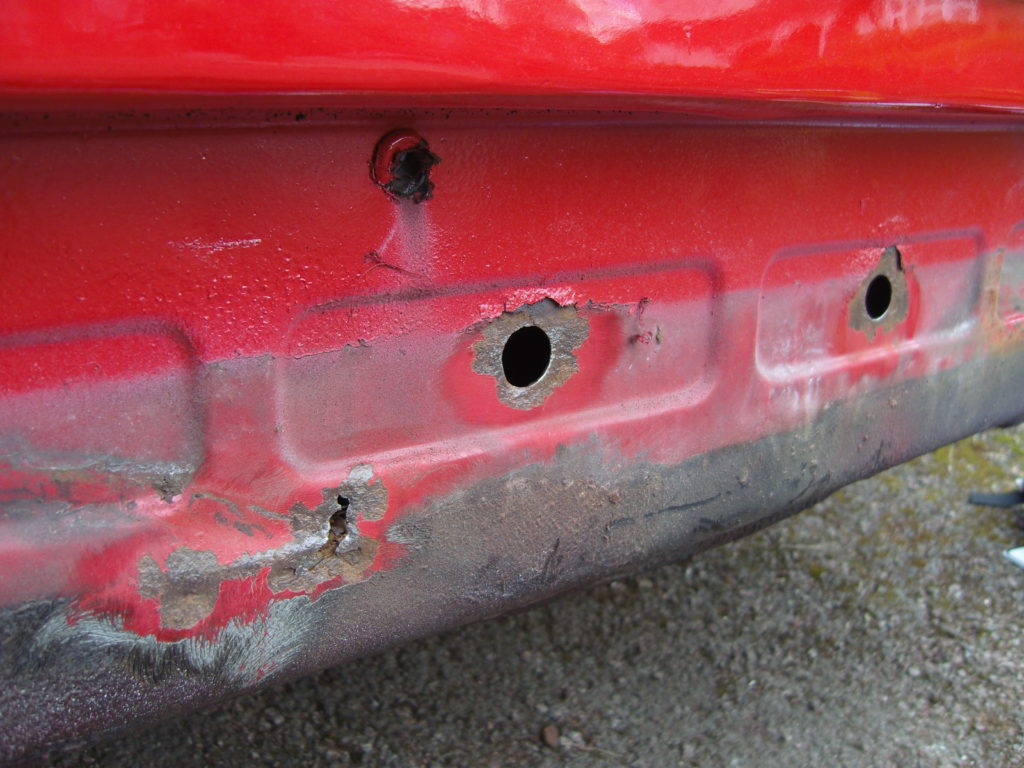 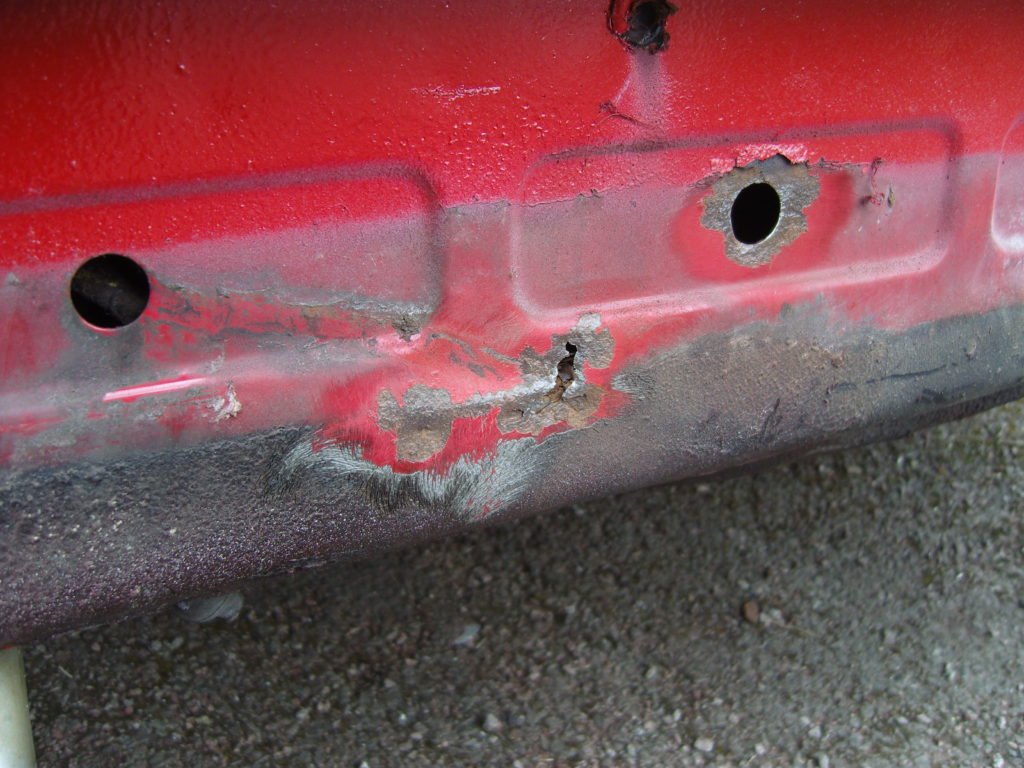 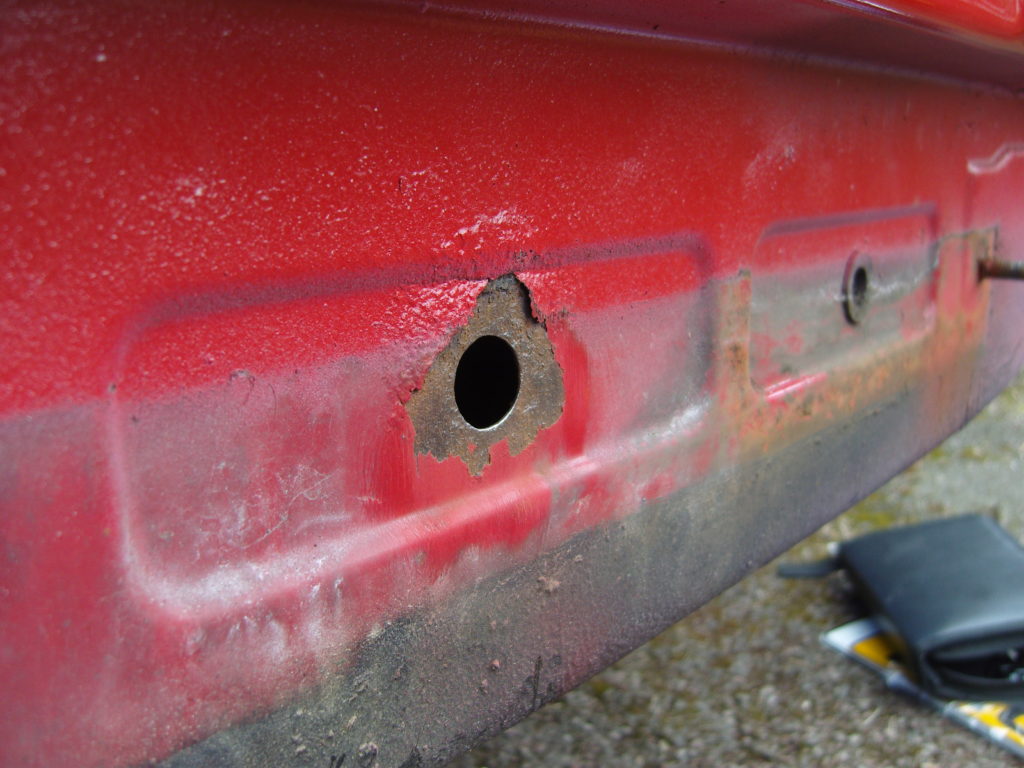 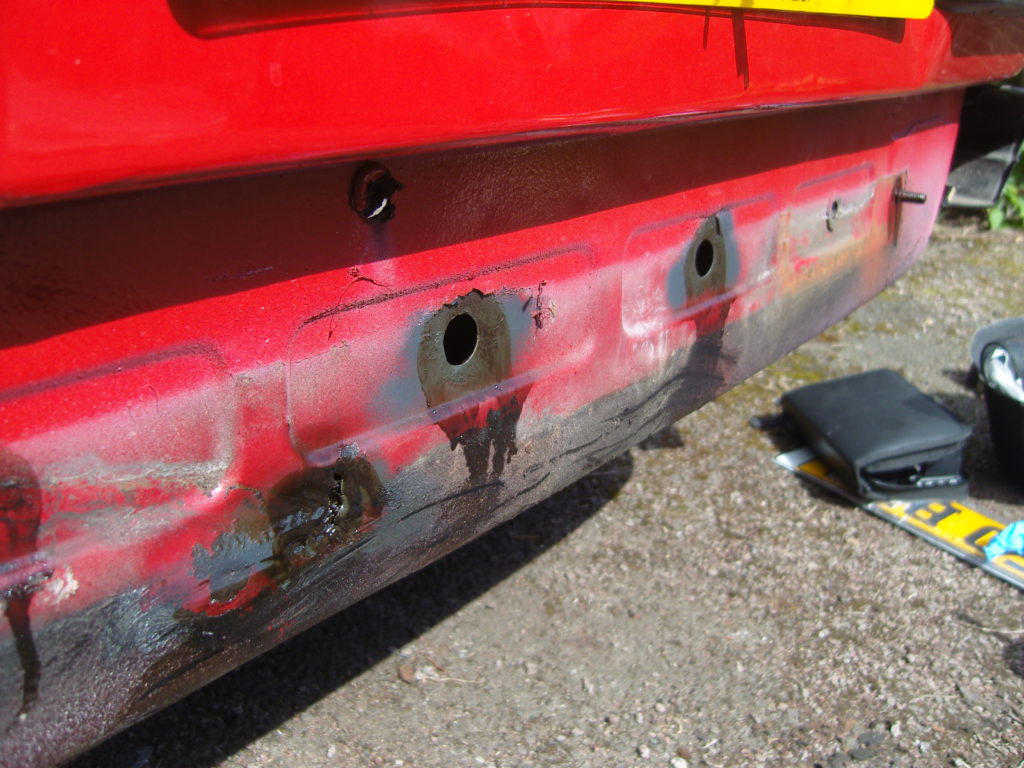 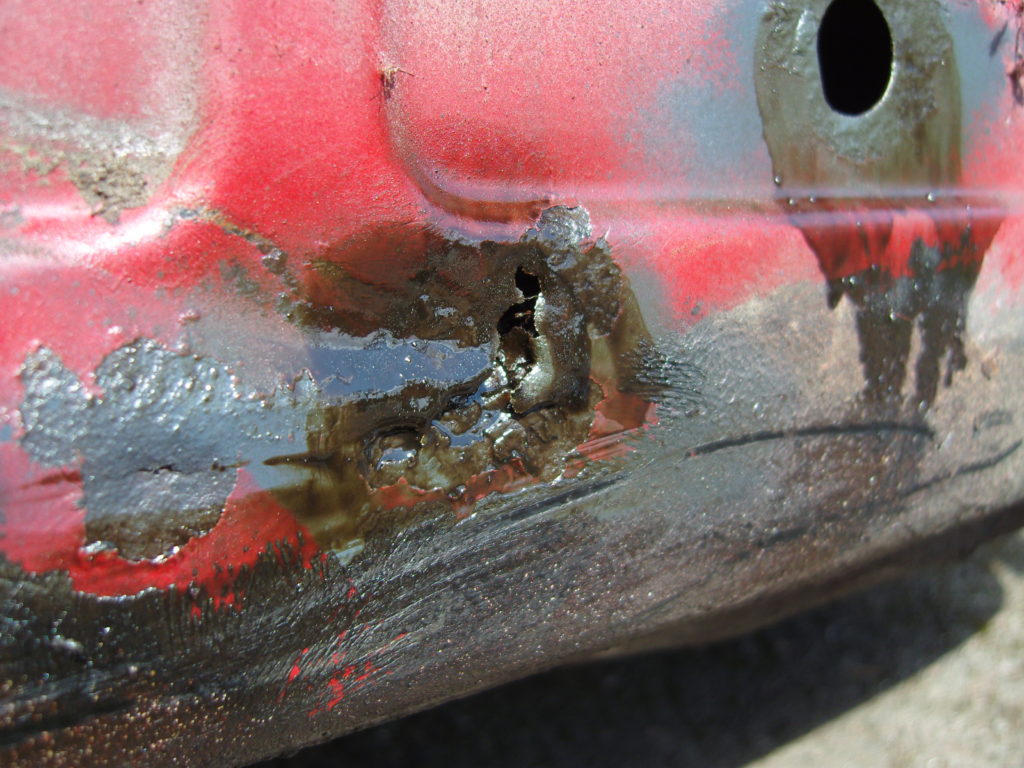 One without the tow bar: 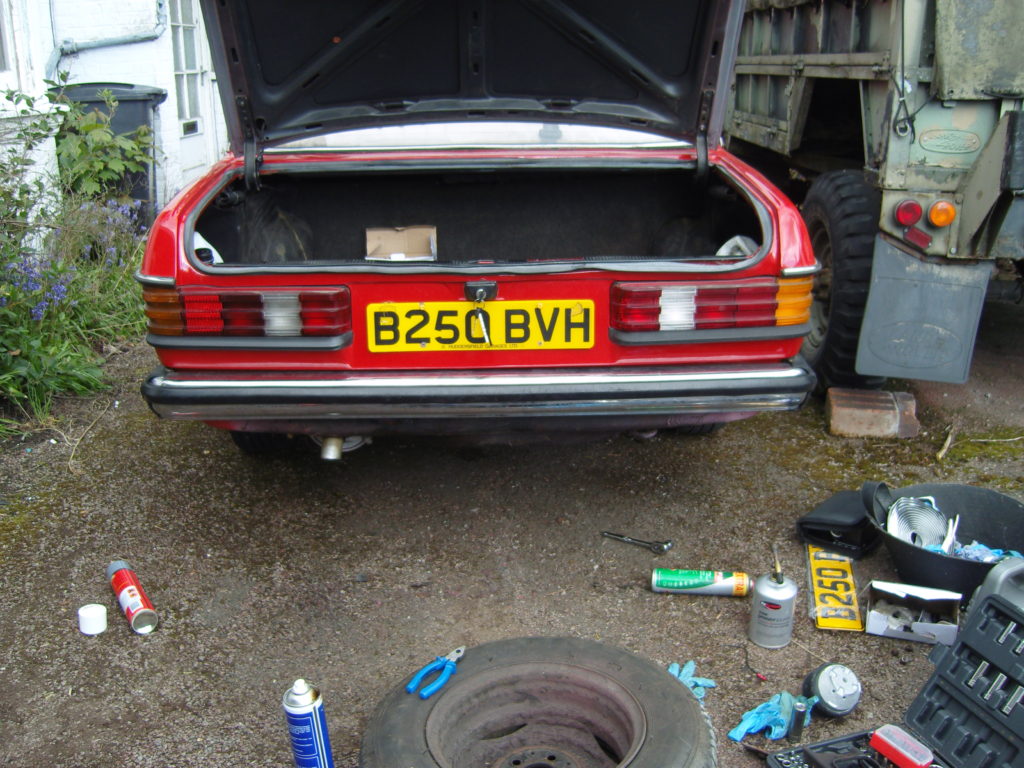